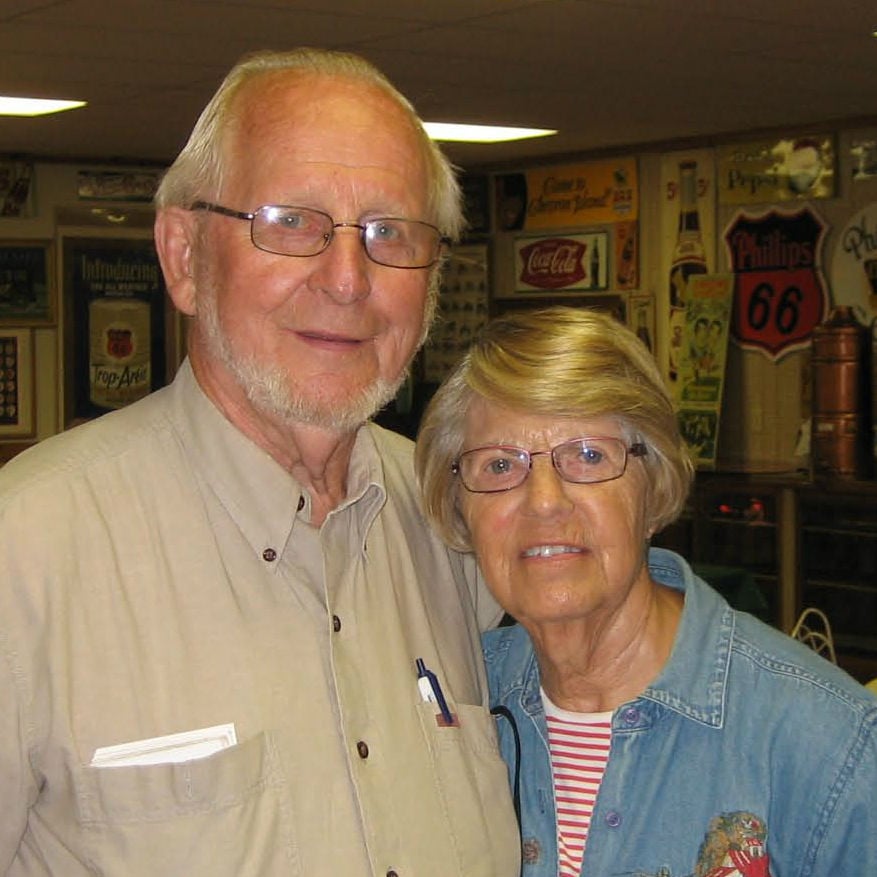 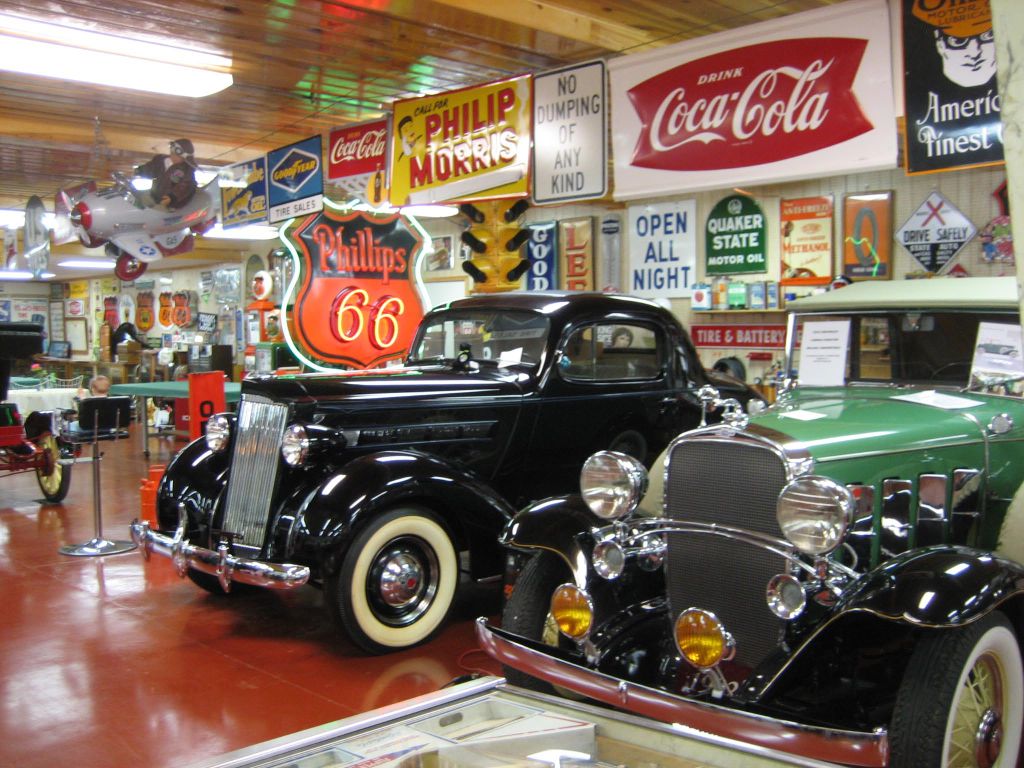 John Vander Haag, along with his wife, Ruth, have accumulated a substantial collection of automotive-related memorabilia at their Yesterday's Memories Museum in Sanborn, Iowa. The museum actually fills two buildings, as well as a "reborn" 1932 Phillip's 66 gas station.

John Vander Haag, along with his wife, Ruth, have accumulated a substantial collection of automotive-related memorabilia at their Yesterday's Memories Museum in Sanborn, Iowa. The museum actually fills two buildings, as well as a "reborn" 1932 Phillip's 66 gas station.

SANBORN, Iowa — In 1939, John Vander Haag’s father started Southside Junkyard in Sanborn, Iowa. It was a great place for a 7-year-old boy to explore.

“I pulled out an old washing machine engine and thought I would use it to make a go-cart,” Vander Haag said. But there were no smooth streets in Sanborn and it didn’t work out.

Vander Haag still has the engine though. It is on display in Vander Haag’s Yesterday’s Memories Museum in Sanborn. The museum fills two buildings as well as a “reborn” 1932 Phillip’s 66 gas station.

“My first experience with my father going to the filling station to put gas in his Model A was at Chuck Boone’s Phillip’s 66,” he said.

Those early Phillip’s 66 stations were small buildings called English Cottage stations. Over the years Boone replaced it with a larger, modern station, but Vander Haag still had his childhood memories. He wanted one like it, and found one on a farm, but waited too long to buy it and it had been burned down.

“I contacted Phillip’s Petroleum, the archives department in Bartlesville, Okla.,” he said. “They sent me the blue prints dated 1930-32 — colors, dimensions, everything — and I built it according to spec.”

He calls it a “reborn” English Cottage-style station, the 1932 edition, and has filled it with items from that era, everything from nickel and penny candy, original displays of pipes priced from ten cents to a dollar, tobacco, and tire-patching equipment to a pot belly stove.

Vander Haag eventually took over the salvage business from his father, and has since passed it on to his sons. While he operated it he switched the salvaging from cars to trucks. Now headquartered in Spencer, Iowa, Vander Haag’s, Inc. has five locations in the Midwest.

Vander Haag’s business card says he is “Working my way through retirement.” With his wife, Ruth, they operate the three-building museum, which is open by appointment. The buildings overflow with history.

The couple would stop at antique stores when they were on trips. While much of the two museum buildings have automotive-related items, that wasn’t the focus of collecting.

“I tried to collect things that tell a story,” Vander Haag said, pointing to a framed advertisement advertising a manifold heater in a 1928-29 Lincoln. In that sense, a museum tour is an educational event in which Vander Haag explains what you’re seeing. He leads us over to pumps from the early 1900s.

“Here’s the first filling station, before they had filling stations,” he said, standing by a Wayne gas pump on a cart. “The seller would push the cart down the street and pump it right into the car, and when (the cart) was empty he’d go refill it, because the cars only took maybe five, eight gallons of gasoline.”

Then he moves to some stationary pumps.

“The general store had maybe three pumps — white gas, kerosene, and fuel oil,” he said. “If you came in with your gallon can, they would pump it up and fill your can.”

Once he started collecting, he bought the old town hall for $600 and “started throwing stuff into there.” In 1995 he built Museum No. 1 and built showcases to display the small items. It displays numerous service station signs and equipment, and there are a few cars.

The prize is a 1910 Maxwell, but Vander Haag can also tell stories to go with a 1937 Packard (local owner with original upholstery), 1932 Chevrolet Landau Phaeton Deluxe convertible, 1932 Ford Model B Roadster, or the newest of the lot, a 1972 Oldsmobile Cutlass Supreme, one of many cars he bought in Rapid City, S.D., following the 1972 flood.

The second floor of the building is rows of display cases with a huge variety of items as well as Sanborn’s and his family’s history. The family history portion displays the wedding dresses of Ruth, their daughter, and their daughter-in-law, as well as John’s mother and Ruth’s grandmother’s dress from 1896. A number of cases are filled with items from their world travels.

The cases have many collections of everyday items from past decades, including one of girdles, bustles, and nylon hose. There are lots of toys, and even here the automotive theme creeps in with a large collection of toy trucks, a number of toy filling station set-ups, and a collection of the Jim Beam automotive bottles.

If it is the automotive portion that really piques your interest, Museum No. 2 is the place to indulge it. There are over 250 trucks, of which 60 are fire trucks.

What got him into fire trucks was that small towns were buying new trucks, replacing old ones that had 2,000-4,000 miles on them.

“If I took the lights off and painted it a different color, I had a nice truck,” Vander Haag said. “That’s what got me started on fire trucks, but I also blended in other nice trucks with it.”

At age 82, Vander Haag is still making plans. Before when he and Ruth went antiquing, he purchased items that would eventually fill his 1932 filling station. Now he’s buying items in preparation of adding a barber shop and a post office in the museum.

You can visit the Vander Haags’ museum, but it is open only by appointment. It’s easy to spot Museum No . 1 along Highway 18, because of their English Cottage style Phillip’s 66 station right alongside of it.