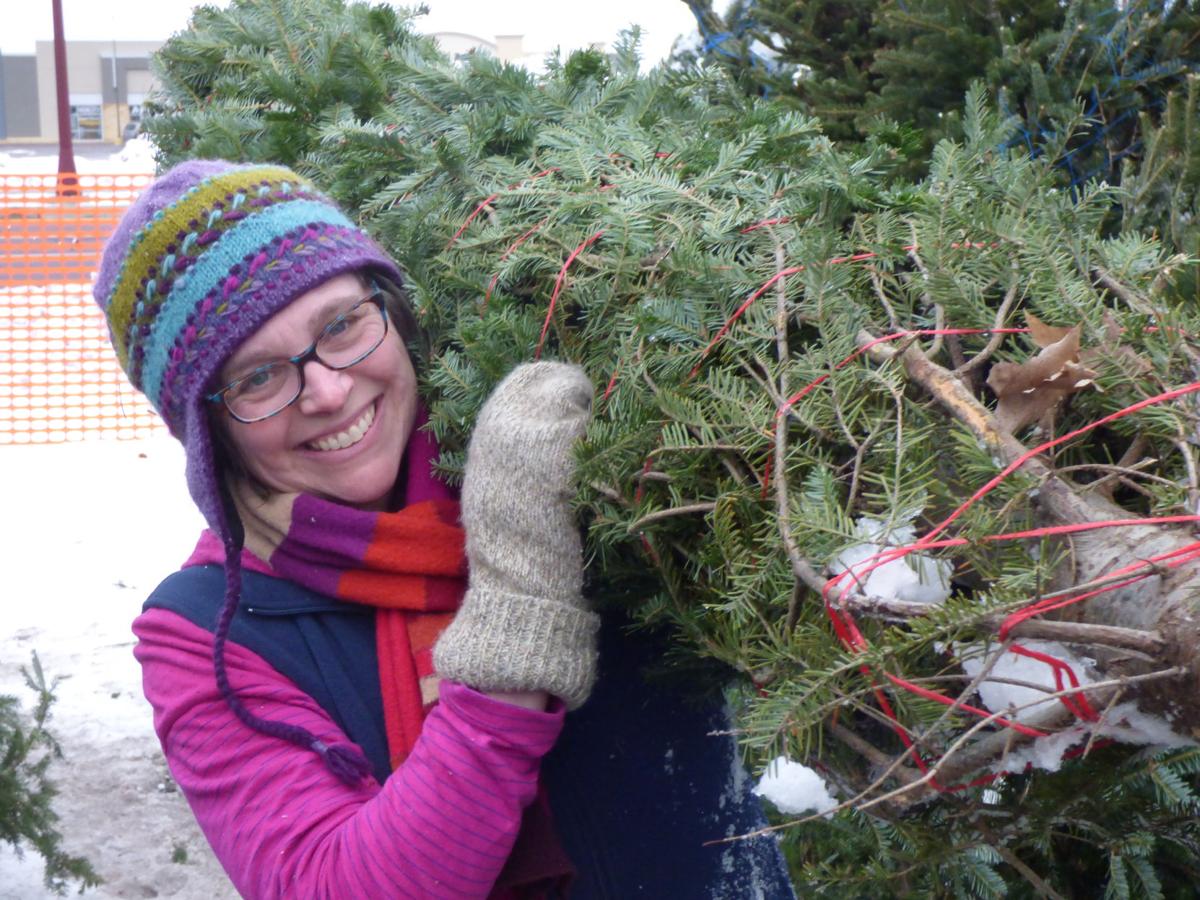 Y’s Club President Molly Yunkers said more than 100 trees had already been sold as of Sunday. 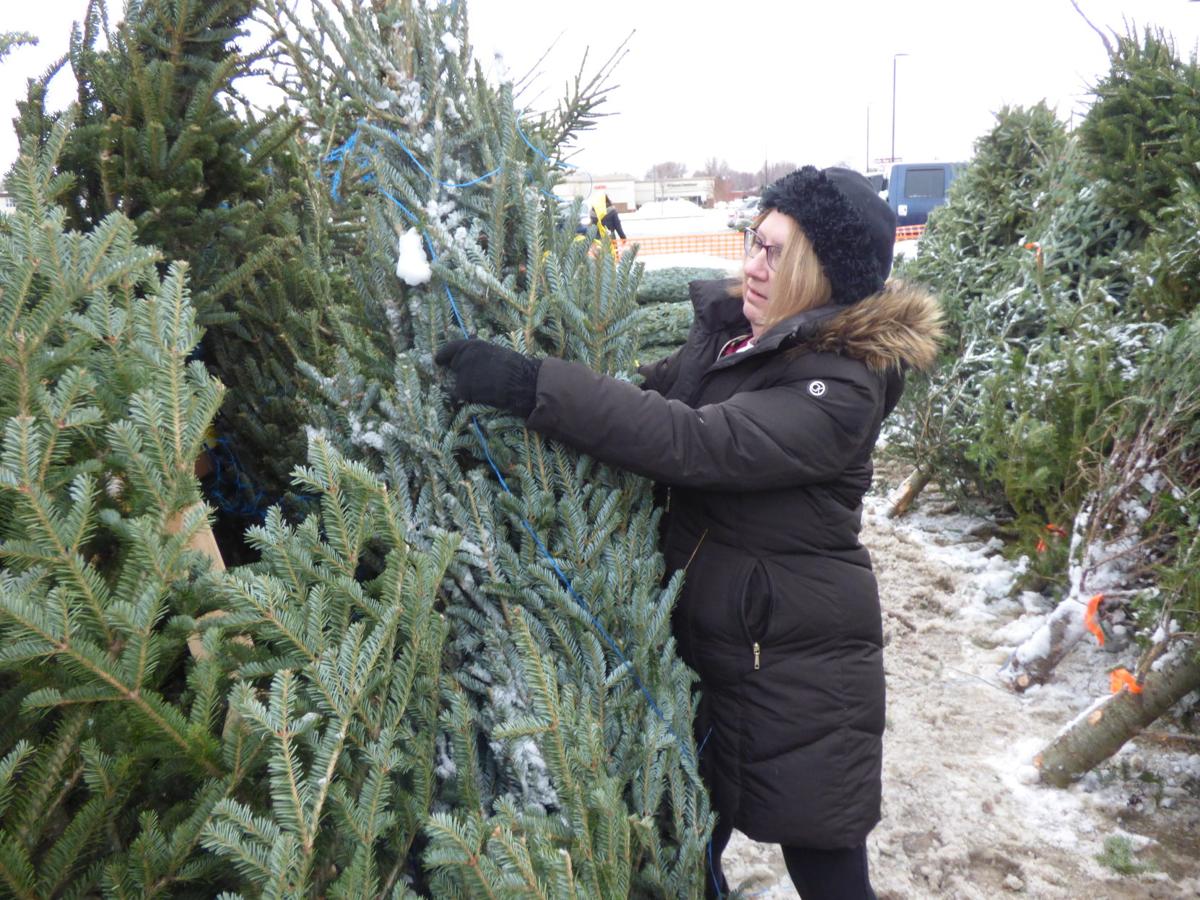 Y’s Club volunteer Valerie Roberts, of North Mankato, cuts the binding around a tree at the organization’s tree lot in Sunday. 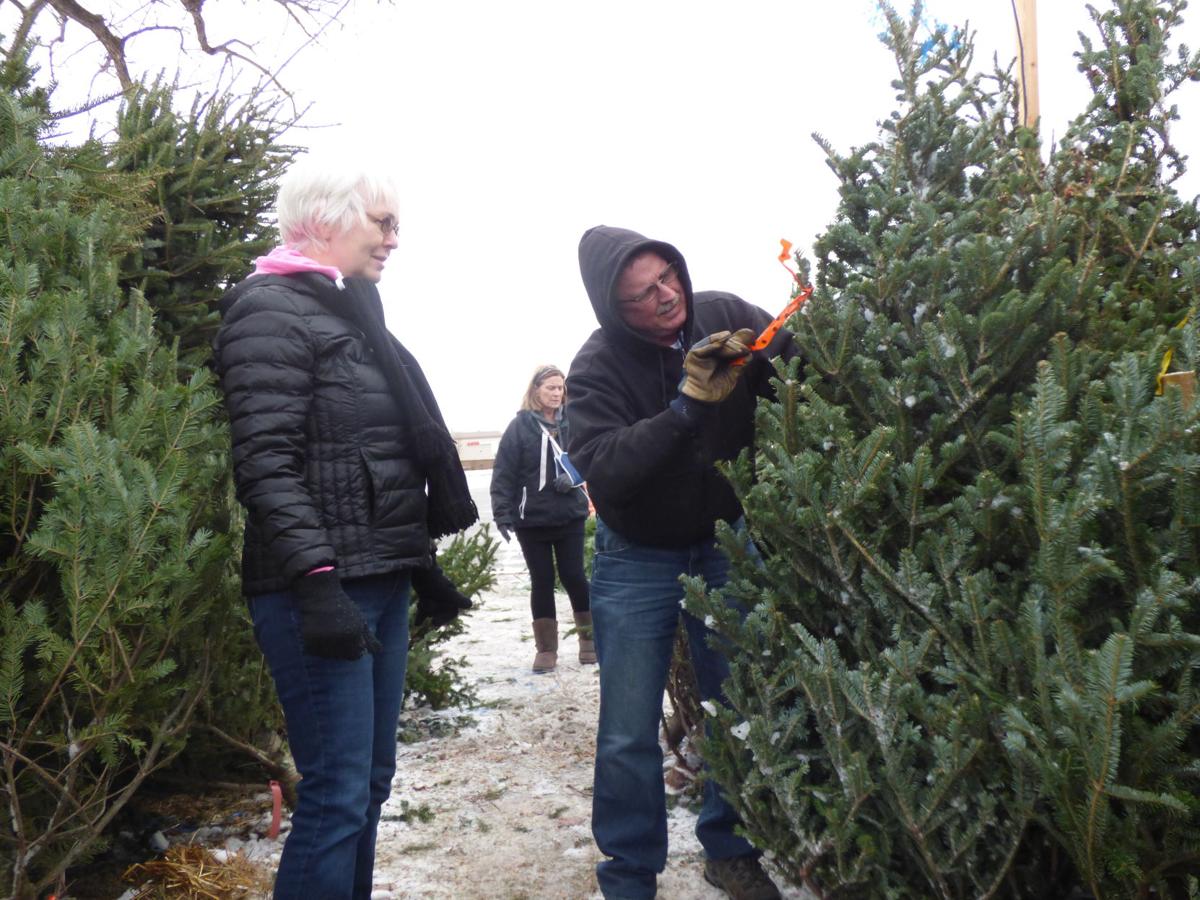 Y’s Club President Molly Yunkers said more than 100 trees had already been sold as of Sunday.

Y’s Club volunteer Valerie Roberts, of North Mankato, cuts the binding around a tree at the organization’s tree lot in Sunday.

MANKATO — Nothing beats the scent and feel of a fresh Christmas tree — and buying one from the Y’s Club of Mankato is one method to get into the Christmas spirit in more ways than one.

The Y’s Club tree lot is one of two annual fundraisers held to raise money for children’s programming through the Mankato YMCA and for scholarships for summer camp at Camp Patterson on Lake Washington. Out of the 650 trees total that are delivered to the tree lot on the southwest corner of Madison Avenue and Victory Drive, 400 remain.

Y’s Club President Molly Yunkers said they usually sell out by Dec. 15, but there are still plenty of trees to choose from.

“The day after Thanksgiving we sold over 100 trees,” Yunkers said. “We have a lot of returning customers that are just committed to buying their tree from us because of the quality or the mission behind the tree sales, where that money is going and who it’s supporting.”

Yunkers joined the Y’s Club shortly after moving to Mankato with her family in 2002. The organization is now in its 61st year. She is one of about 30 volunteers who help out every year with the Christmas tree sale.

“It’s a very family friendly group,” Yunkers said. “My kids have been coming since the time they were in car seats. They’re now 12 and 15 and look forward to unloading the trees and helping people find the right Christmas tree for them.”

Customers can pick between four varieties, including Scotch and white pine, which Yunkers said have droopy light needles ideal for hanging lights. The Frasier and balsam fir trees are known for their strong fragrance and firm, round needles.

Rick and Sue Pyzick live just four blocks away from the tree lot and have been picking out trees there for several years, which means they know exactly what kind of tree they’re looking for.

“We always get the Frasier firs because they don’t shed,” said Rick Pyzick. They’re good high quality trees. We spend more time paying for the tree than picking one out.”

For those families that want to take their time picking out the perfect tree, volunteers are on hand to help them. Brenda Boyer, of North Mankato, said interacting with families is her favorite part of volunteering at the tree lot.

“Sometimes we hold it for them and they stand back,” Boyer said. “We take a picture for them if they want a family picture by the tree.”

Boyer and fellow volunteers Valerie Roberts and Marla Kontak, also of North Mankato, all pitched in at the tree lot last year. Kontak, who joined the YMCA with her husband when they moved here in 2000, said she first heard about the Y’s Club tree lot through friends who were active in the organization.

“It’s a great way to help out the Y with the programs for the kids and those that can’t afford it,” Kontak said.

Kontak and Roberts know each other through an early morning swim-class at the YMCA, and Roberts said she supports the Mankato YMCA’s mission of inclusivity and diversity. The volunteers commit to a minimum of three shifts during the three-week duration of the tree sale. For Boyer, buying a tree from the Y’s Club tree lot means the proceeds stay local and support the community.

Plus, it’s hard to beat a real tree.

“I had artificial trees for many years, but there’s something about a fresh real tree — the smell and the nature — I love it.”

Yunkers said they are always looking for more volunteers, and even have a few shifts this year that still need to be covered.

“I think this is one of the easiest volunteering things that you could be a part of throughout the year,” Yunkers said. “We have a few shifts left to fill so if people are interested I would love it if they wanted to reach out to me. It’s an opportunity to be involved.”

Where: Right next to McDonalds at 1411, Madison Avenue in Mankato