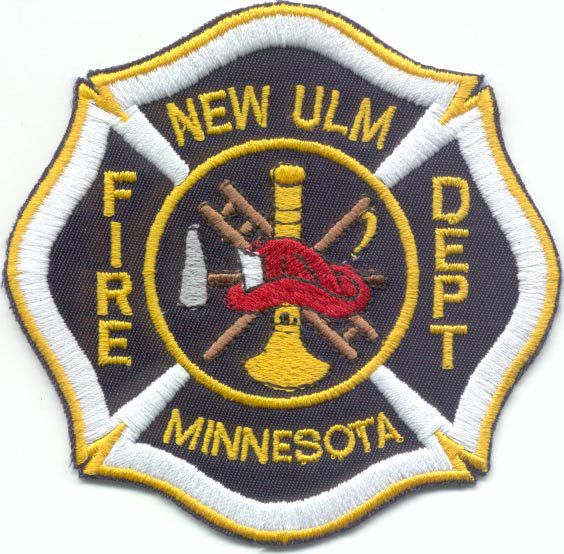 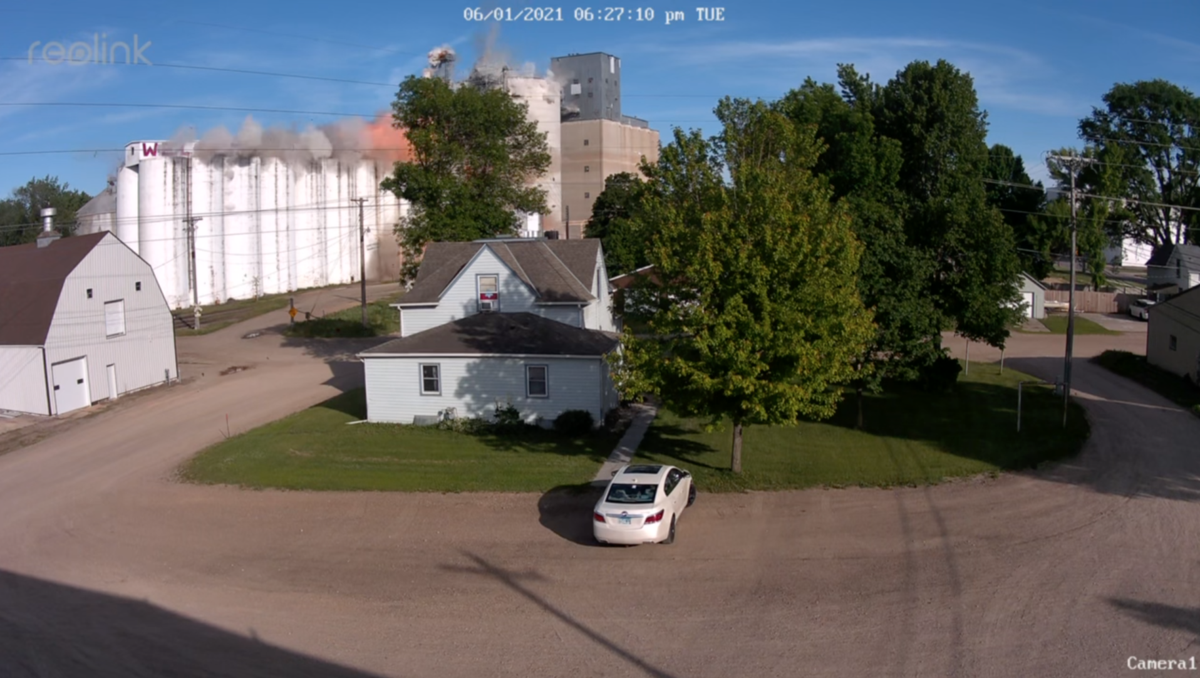 An image from a security camera video at Minnesota Valley Transport in New Ulm shows the top of the Farmer’s Co-op of Hanska’s Burdick Elevator exploding Tuesday night.

An image from a security camera video at Minnesota Valley Transport in New Ulm shows the top of the Farmer’s Co-op of Hanska’s Burdick Elevator exploding Tuesday night.

Explosions damaged two grain elevators and injured one employee in Brown County on the same day.

The injury happened at the Farmers Cooperative of Hanska's elevator at 201 N. Water St. in New Ulm around 6:40 p.m. Tuesday.

The person was responsive while being taken to a hospital, according to a press release from the New Ulm Fire Department.

A surveillance camera at the nearby Minnesota Valley Transport caught the explosions on video. It shows flames shoot out of the top of one section of the building, followed by an explosion in that section, then explosions that damaged several silos. A portion of the iconic “Welcome to New Ulm” sign atop the silos was destroyed.

Minnesota Valley Transport owner Dan Forsythe owner said no one was at his company at the time of the explosion and there did not appear to be damage to his or other nearby buildings.

Crews from the New Ulm and Sleepy Eye fire departments spent about four hours at the scene, with support from several law enforcement agencies.

Firefighters from New Ulm, Sleepy Eye and three other departments also were called to an explosion at 4:45 a.m. at the Christensen Family Farms feed mill on County Road 10 east of Sleepy Eye.

Silos were damaged but no one was injured. There is no suspicion of foul play, according to the Brown County Sheriff's Office.

Damage estimates are not yet known for either facility.

The New Ulm elevator is one of multiple elevators operated by the Farmers Cooperative of Hanska for its members. The Christensen Farms facility is a feed mill that takes corn from area farmers to feed its pigs.

The causes of both explosions are still under investigation, with assistance from the State Fire Marshal's Office.

Grain elevators produce dust that is very explosive, according to Fire Marshal spokeswoman Jennifer Longaecker. Often there are two explosions: one that disperses dust and triggers a second explosion that is often more destructive.

Two explosions in the same county on the same day is a rarity. But elevator explosions and/or fires are not all that unusual, according to data from the Fire Marshal's Office. There have been more than 80 such fires in Minnesota since 2004.

An equipment malfunction is listed as a contributor to many of the fires. The cause of most of the fires was never determined.