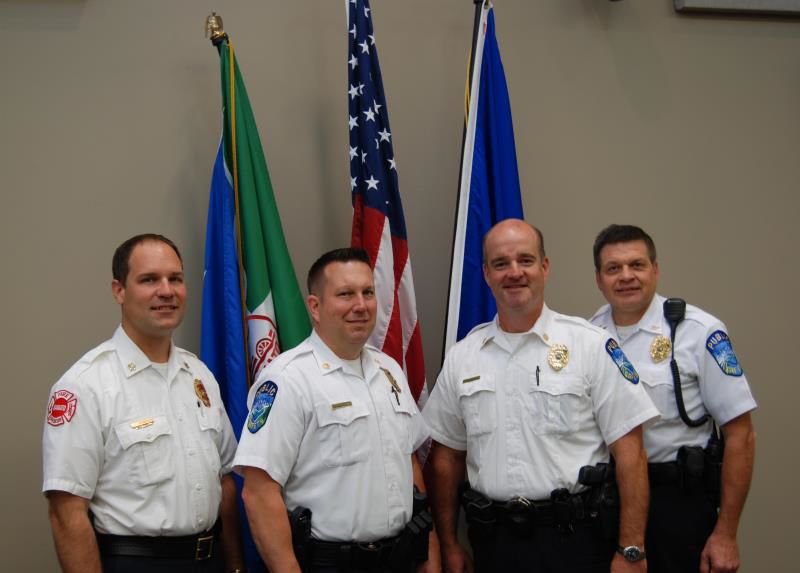 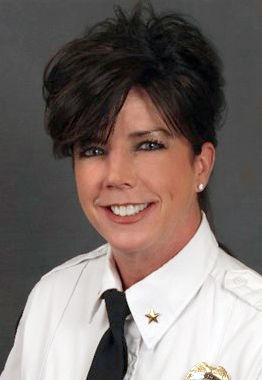 MANKATO — Mankato hasn’t had a police chief or a fire chief for 34 years, but until now that was somewhat semantic.

The blurring of the lines between police and fire is intentional, according to Vokal and City Manager Pat Hentges.

There’s still a need for specialists in responding to police calls, investigating crimes, extinguishing blazes, inspecting buildings for code violations and more. But the bigger threats facing the community often require the full resources of the department, and the new organizational structure aims to eliminate divisions within the Public Safety Department.

“It’s logical if you combine your resources and cross-train, you have more in times of need,” said Shelly Schulz, the city’s communications director.

The opportunity to reevaluate the leadership of the department — the city’s largest with roughly 150 employees — came with the retirement of nine-year Public Safety Director Todd Miller earlier this year. In interviewing staff about the open director position and for management positions lower in the organization, the ideas and skills of the people interviewed demonstrated that new positions and new approaches might better fit their various talents, according to Hentges.

“That’s what we’ve been doing for almost eight months now,” he said.

Vokal, who had been deputy director of public safety for police under Miller, was chosen to lead the department.

“I have no doubt that if we went out for a competitive search, she still would have been on top,” Hentges said of Vokal, who started as an undercover agent with the area Drug Task Force in 1991, became a Mankato patrol officer in 1992 and was a longtime police commander.

All of the other positions were also filled with veteran members of the department rather than outsiders.

Police Commander Jeremy Clifton is the new assistant director for operations, overseeing the police patrol division, fire suppression, emergency response, hazardous materials response and specialized rescue operations. Vokal described Clifton as a “leader among the troops” who has an inquisitive mind and a desire to solve problems.

Vokal said DuRose has served as a patrol commander, an operations commander and a detective commander during his time with the department.

“Those two complement each other so well,” Vokal said. “... We’ve got so much capacity here at the commander level.”

The challenge with any change in the way an organization is managed involves letting go of the way things have been done for years, she said: “It’s always hard to get past that point.”

But the department began moving toward a more seamless approach when firefighters and fire division managers moved into the Public Safety Center on Front Street following the departure of the Blue Earth County Sheriff’s Office and jail.

“The organization, after it got under one roof, really recognized the untapped potential that we have,” Hentges said, praising the attitudes of the vast majority of Public Safety staff. “They think of what’s best for the community rather than what’s best for them individually.”

Hentges recalled the coordinated response to an anhydrous ammonia-carrying tanker truck that overturned on the Northstar Bridge in 2005. Vokal, as the first commander on the scene, oversaw everything from traffic control to evacuation of the Sibley Park neighborhood as the full range of emergency responders rushed to the scene.

Vokal pointed to the blizzards of last winter and how well Public Safety coordinated with the Department of Public Works and other city departments in keeping people safe.

And she mentioned the example of a city building inspector, finding serious code violations at a mobile home park, deciding not to simply issue an eviction notice to get the residents out of the unsafe housing. Instead, working with Schisel and others, they connected the residents to various resources that allowed the code violations to be fixed instead of leaving them homeless.

Public Safety’s organizational change aims to promote that sort of response — improving the community through coordinated problem-solving — on a consistent basis.

“We have the right people. We have great people,” Vokal said. “... But having a structure and a system that forces that cross-communication, that cross-knowledge, is what gets those attitudes to spread.”