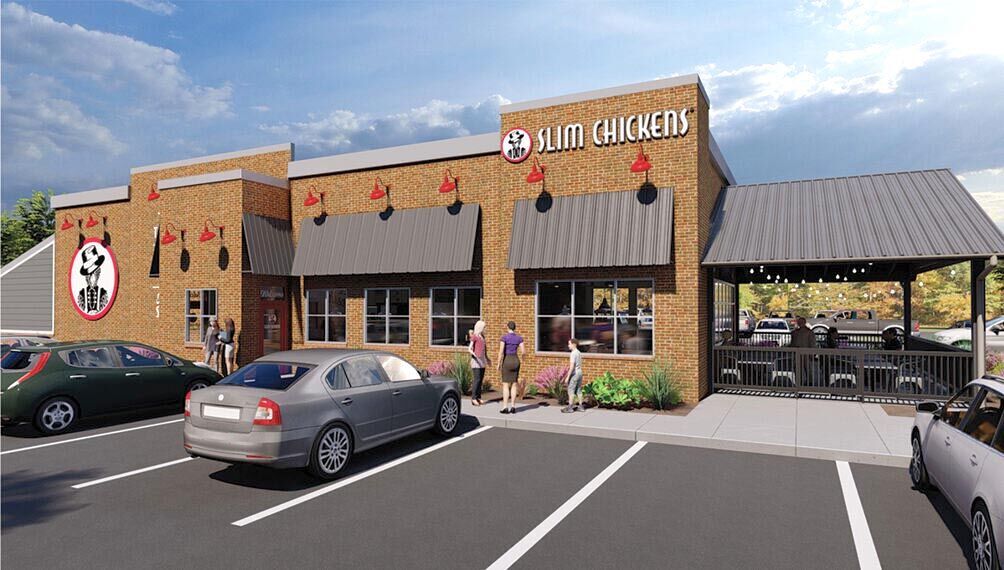 Slim Chickens will be built on the site of the current Grizzly’s in Mankato. Grizzly’s is to be relocated to another, yet-to-be-determined location. 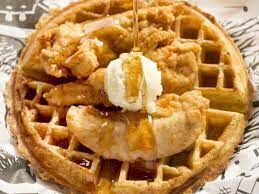 Slim Chickens focuses on chicken wings, tenders and sandwiches but has southern foods including chicken and waffles.

Grizzly’s, along Madison Avenue, will be replaced with a Slim Chickens restaurant. Part of the parking lot behind Grizzly’s, to the east, near the top of the photo, will become a drive-thru for the new restaurant.

Slim Chickens will be built on the site of the current Grizzly’s in Mankato. Grizzly’s is to be relocated to another, yet-to-be-determined location.

Slim Chickens focuses on chicken wings, tenders and sandwiches but has southern foods including chicken and waffles.

MANKATO — A fast-growing restaurant chain called Slim Chickens will be built on part of the footprint of what is now Grizzly’s Wood-Fired Grill.

Grizzly’s is to be relocated within Mankato, according to the developer.

Steve Letnes and business partner Pete Poepping are leading the project. They and other partners own Boulder Tap, 7 West Tap House and Grizzly’s in Mankato and in many other locations in the Upper Midwest.

“Our company is looking to diversify,” Letnes said. Slim Chickens has about 150 locations, but in the Upper Midwest they only have a few restaurants — two in Sioux Falls and one coming to Fargo. The chain has 650 new stores signed up for development agreements around the country. Letnes said his group signed a 13-unit agreement with Slim Chickens.

“So we’ll be bringing them to quite a few towns in Minnesota, but the first will be in Mankato.”

He said they have identified a few new sites around Mankato where the Grizzly’s can be relocated to but haven’t settled on one yet.

Pending needed city permits, Letnes hopes to have the Grizzly’s razed and site work done before winter, with a potential opening date of April.

The 3,500-square-foot Slim Chickens will be built in part of the footprint of the 7,000-square-foot Grizzly’s. Letnes will lease land on the east side of the restaurant — which is between the back side of Grizzly’s and the strip mall containing Erbert & Gerbert’s — for the drive-thru for the chicken restaurant. That property is owned by the Sheman family, which also owns the Hobby Lobby complex, Rooms & Rest and the strip mall containing Buster’s.

Letnes said that putting the drive-thru there will free up more space in the current Grizzly’s parking lot, allowing them to add a strip mall later at the corner of Madison Avenue and Star Street.

While the fieldstone-covered Grizzly’s may look like a newer building to many, it is in fact more than 40 years old.

Letnes got his start in the restaurant business when he and his brother built Bonanza in 1980. They later converted it to Grizzly’s.

In 2018, the Letnes Restaurant Group built the 7 West Tap House on Madison Avenue, near Victory Drive, on the site that was formerly Eatery Tap.

Slim Chickens is one of the latest fast-growing chains in the red-hot market for chicken.

The first restaurant opened in 2003 in Fayetteville, Arkansas, where the chain is based.

The restaurant offers seasonal items such as tender mac and cheese, buffalo mac, strawberry salads, and seasonal drinks such as cranberry and strawberry lemonades.

Slim Chickens also serves desserts in Mason jars, including a strawberry cheesecake dessert, a chocolate brownie, along with other seasonal flavors.