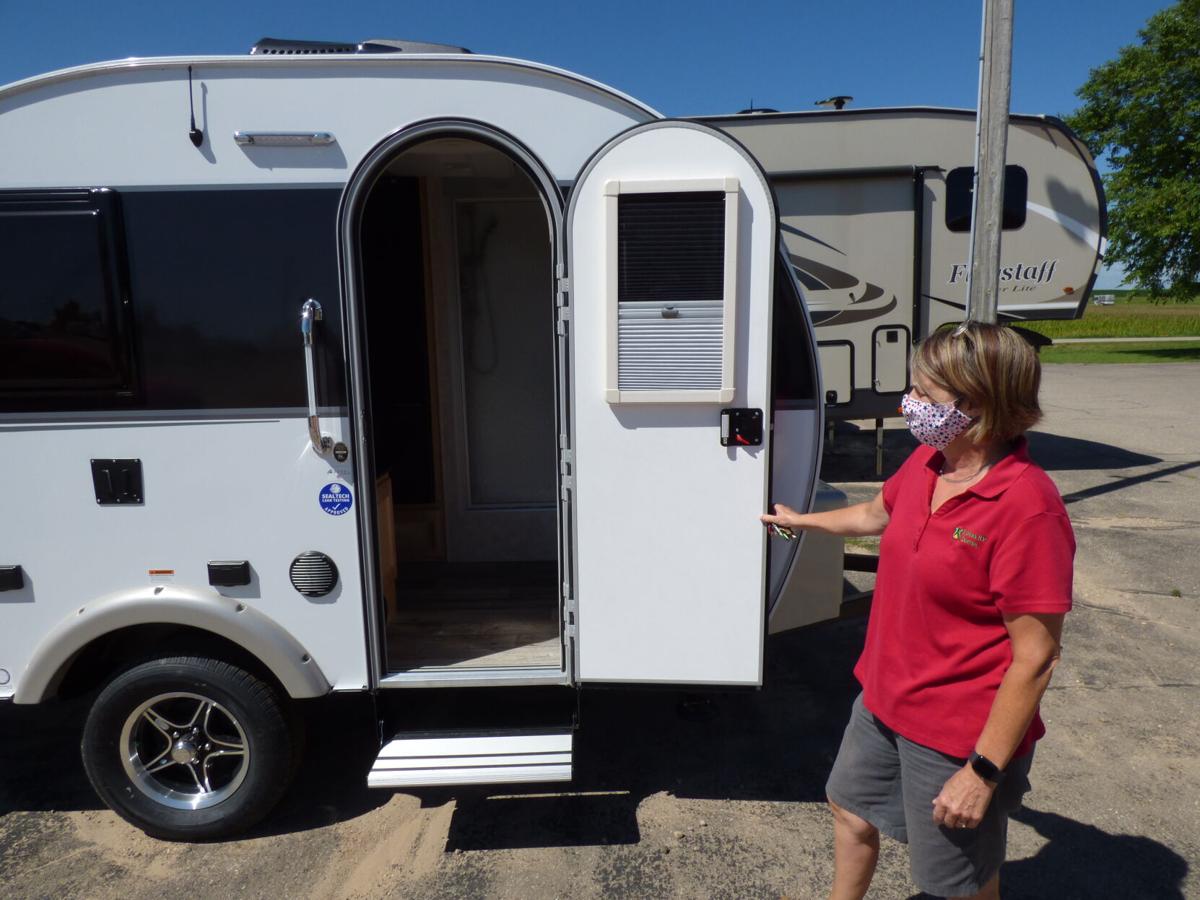 Lisa May, who runs Keepers RV in Mankato with her husband, has seen a spike in camper sales this summer. 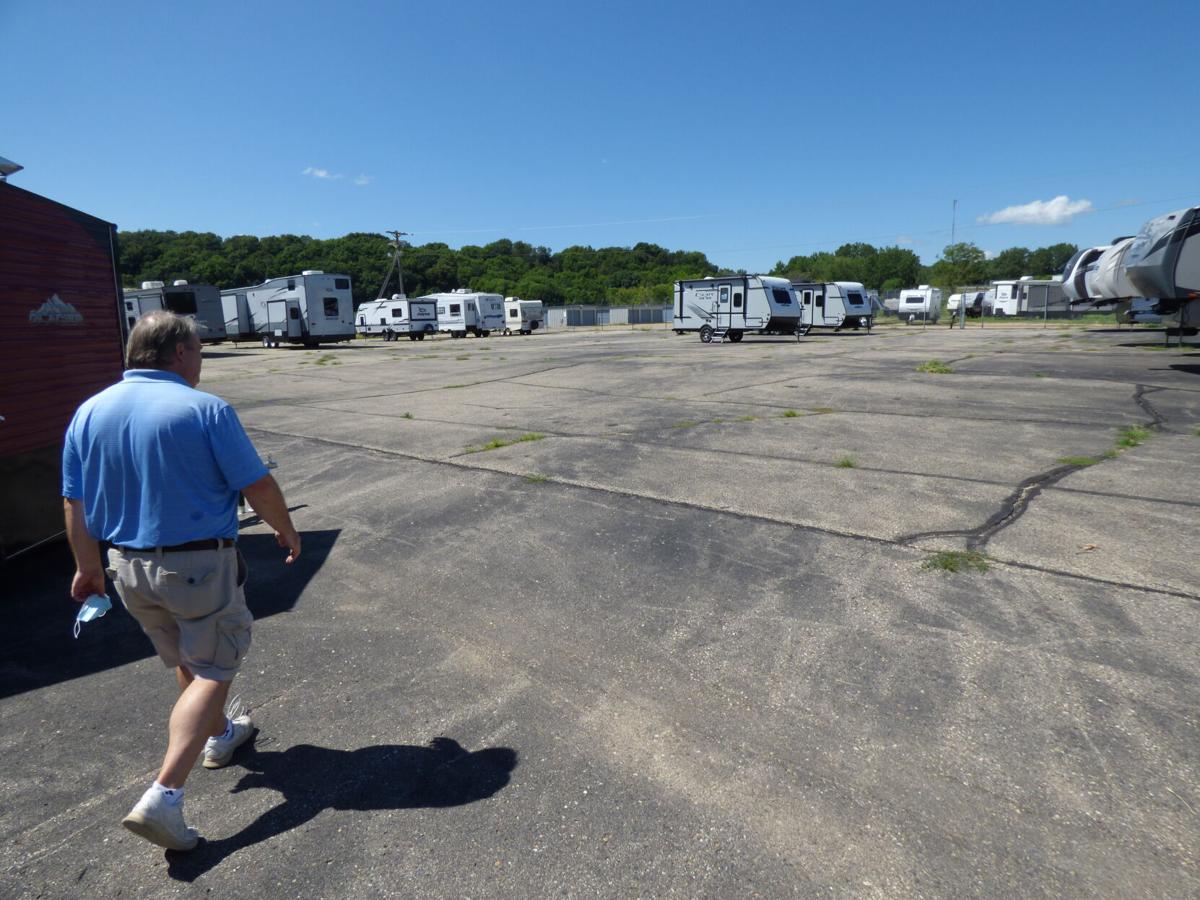 Dan Gag, president of Gag’s Campers Way Inc. in Mankato, said his lot is at about 20% capacity due to national supply shortages of RVs and accessories. 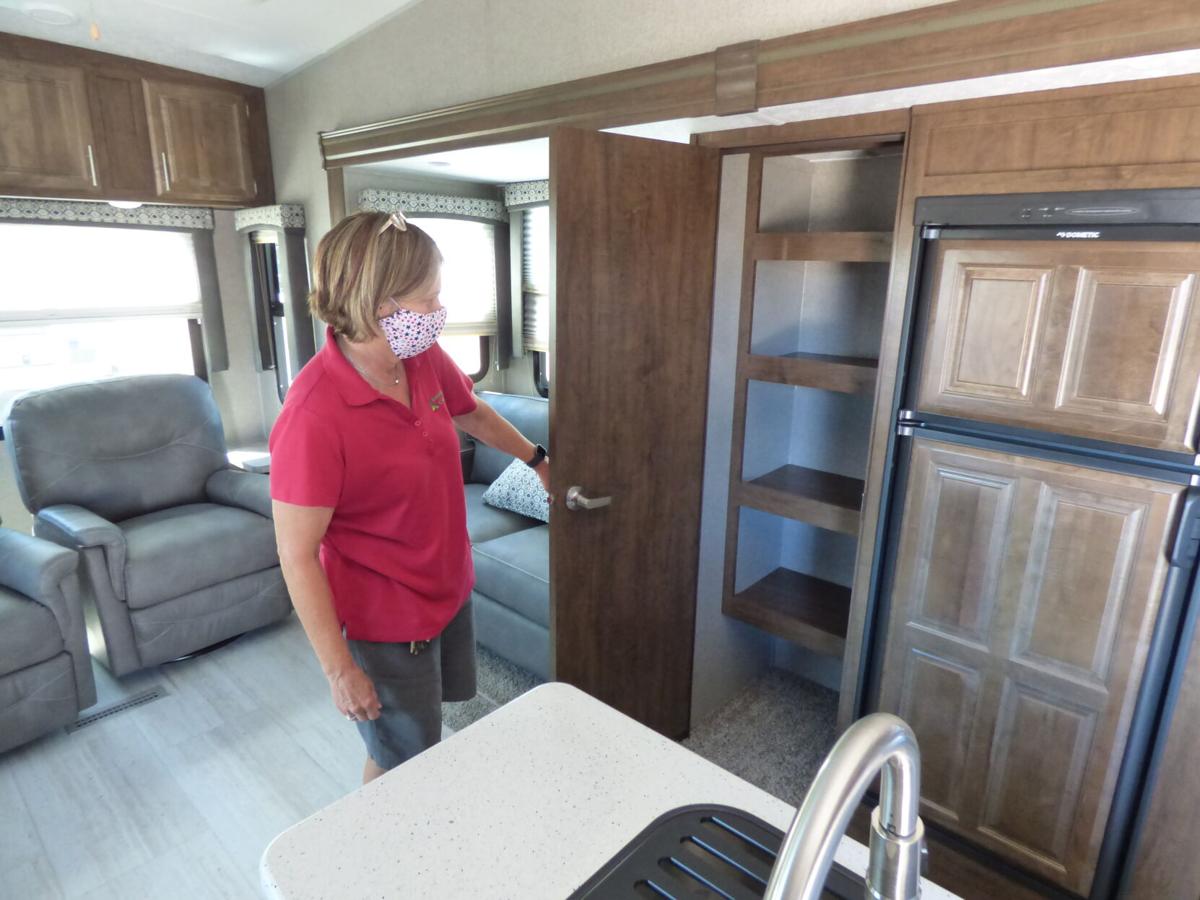 Keepers RV Center owner Lisa May said campers and motorhomes are self-contained, limiting travelers’ exposure to COVID-19 while on the road.

Lisa May, who runs Keepers RV in Mankato with her husband, has seen a spike in camper sales this summer.

Dan Gag, president of Gag’s Campers Way Inc. in Mankato, said his lot is at about 20% capacity due to national supply shortages of RVs and accessories.

Keepers RV Center owner Lisa May said campers and motorhomes are self-contained, limiting travelers’ exposure to COVID-19 while on the road.

MANKATO — More people in the Mankato area are buying campers, motorhomes and boats this summer compared to previous years; and that increased demand, compounded by the temporary shutdown of factories to quell the spread of COVID-19 in March and April, has left dealers in short supply this summer.

In a typical July, RV dealer Kroubetz Lakeside Campers and Motors in Lake Crystal would have over 300 units for sale on their lot. As of Friday, the number was down to just over 50.

Owner Kimberly Kroubetz, who meets with 19 other dealerships located throughout the United States four times a year to discuss industry trends and share ideas, said the high demand and short supply is a common theme.

“Overall, everybody in our group is in the same predicament of needing more employees, needing more inventory and being sold out of a lot of products,” Kroubetz said. “Parts are a little bit harder to get right now. Instead of three or four weeks from the manufacturers you can be waiting for six to eight weeks or more.”

The good news, she said, is sales are off the charts.

“For months, sales have been close to double of what anything has been in the past,” Kroubetz said.

Lisa May, who co-owns Keepers RV Center in Mankato with her husband, has about 30 units on their lot. In a typical year she would have 100. She said at least part of the boost in sales stems from customers wanting to travel on their own terms – minimizing contact with strangers in the era of COVID-19.

“They still want to go places, but they’re not going to get on an airplane, and they don’t want to stay in a hotel,” May said.

May said online visits to the company website is way up, while walk-ins are down.

“A lot of people are doing their homework online,” she said.

The increase in online shopping led Dan Gag, president of Gag’s Camper Way, Inc. in Mankato to revamp their website to make it more attractive and navigable for would be buyers – providing more information, photos, videos and virtual tours – so customers come in with a clear picture of what they want.

“We’ve had people call us over the phone and completely do the deal without even coming in and looking at it first, which is a bit new this year,” Gag said.

His lot typically would have about 100 units on site, but that’s down to just 22 campers and motorhomes. That, he said, is hurting their ability to make more sales, and manufacturers who were shut down for March and April are scrambling to catch up with demand. He said amenities, like furniture, refrigerators and air conditioners are delaying near-finished RVs from being shipped to dealers across the country.

Gag thinks the pandemic is playing a big role this year in RV sales because they allow a family to travel long distances with limited exposure to others along the way.

“Nobody wants to go to a hotel and touch buttons in an elevator,” Gag said. “It’s all privately contained. You’ve got your bathroom and kitchen, so you don’t have to worry about using a public restroom or going out to eat.”

But Kim Fricke, a St. Paul-based web solutions consultant for RV Trader, a company that matches customers with suppliers, said the 69 clients she works with in Minnesota have all reported record sales not just for RVs but other power sports like boating, ATVs and jet skis.

“They’re all seeing record sales pretty much across the board,” Fricke said.

Brady Philips, who works in sales at Mankato Motorsports, said they were expecting a decrease in sales when the pandemic first hit as the economy took a hit.

“All of a sudden we were slammed and couldn’t get machines here fast enough,” he said. “Our sales have increased about 25% over last year.”

Nick Gansen, who works in sales at Dranttel Sales and Service in St. Peter, said they’ve seen not just an uptick in watercraft sales, but customers are adding amenities and planning ahead for next year in light of the uncertainty of the pandemic.

“The boating industry over the last few years has been growing to begin with, but I think a lot of people made the jump maybe a little sooner than they thought they might,” Gansen said. “There’s a lot of people that are still maybe looking for next year; so if they’re going to be cooped up next year, they’ll have a plan in place.”

Some of Kroubetz’s customers are buying RVs for more than just recreation, whether they’re healthcare workers who need to self-quarantine from their families, to providing a quiet workspace for the growing number of people required to work from home in response to the pandemic.

A customer who bought an RV last week told her his employer was requiring him to work remotely into 2021, so he and his family decided to work and live on the road for the next 12 months with the goal of heading to warmer climates long before winter comes to Minnesota.

“They’ve got a whole route around the U.S.,” Kroubetz said. “They made the decision to get an RV and do something they didn’t think they were going to be able to do until retirement. It’s neat to see people put positive spins on that.”