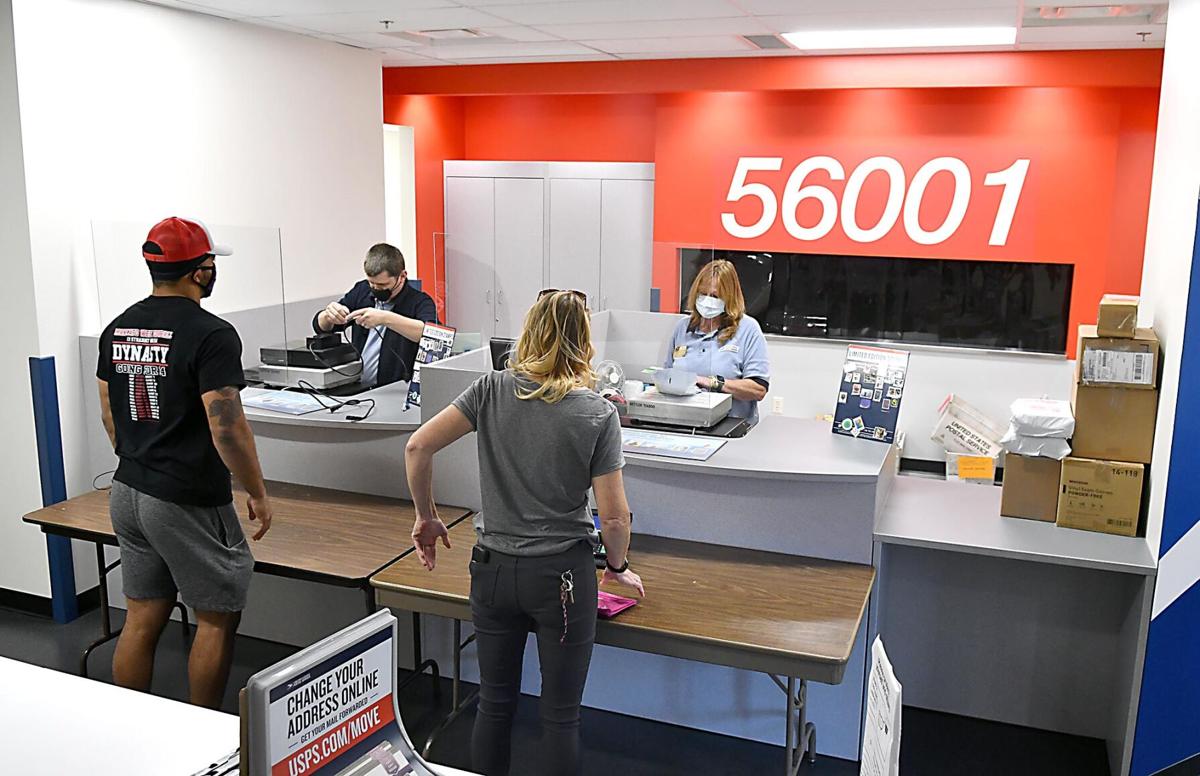 Although some customers said they will miss the historic charm of the old downtown Mankato post office, the new one that opened Tuesday is a smaller and less-expensive alternative. 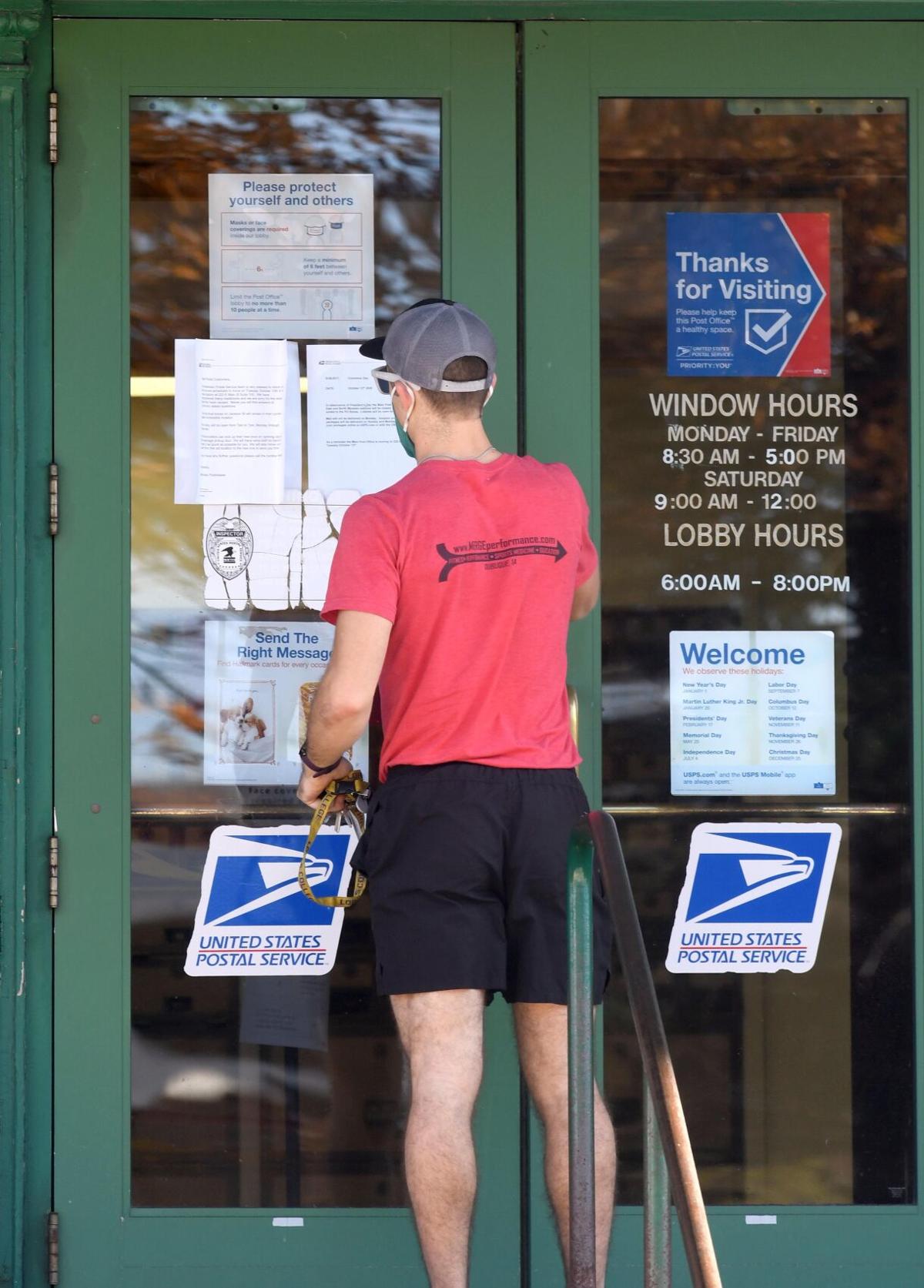 A customer reads a sign on the door of the former Mankato post office location on Second Street directing visitors to the new location Tuesday.

Although some customers said they will miss the historic charm of the old downtown Mankato post office, the new one that opened Tuesday is a smaller and less-expensive alternative.

A customer reads a sign on the door of the former Mankato post office location on Second Street directing visitors to the new location Tuesday.

It was May of 2014 when the U.S. Postal Service announced it would sell its historic downtown Mankato home and move postal boxes and retail services to a smaller leased space.

“It’s a shame they moved,” an elderly woman said Tuesday as she prepared to walk into the new “Main Post Office” near the intersection of Main and Broad streets. “I liked the old building. Kind of a landmark here.”

The two-story 1896 Kasota stone building at 401 South Second St. served as a federal courthouse and the base of most Mankato postal services for more than a century. In recent years, though, most postal operations moved to a distribution center on the north end of town, leaving only a fraction of the downtown building still in use.

In 2014, the expectation was the sale and move might take only a year or so. But the sale dragged on, with the Postal Service asking for $1.6 million for the 1.5-acre property. Even now, a year after the real estate listing was taken down amid reports of a sale, the buyer remains unnamed and the redevelopment plan undisclosed.

With the apparent sale in October of last year, the Postal Service announced in November that it would be leasing space in the renovated office building, about three blocks to the northeast, that formerly housed Carlson-Tillisch Eye Clinic.

Transforming the space into a new downtown post office, including setting up hundreds of postal boxes, took longer than expected, partly due to delays by the contractor, said Jesse Shetka, supervisor of customer service for the USPS in the Mankato area.

Still, any move brings its challenges.

“We’re still working some of the kinks out,” he said. “... I’d ask customers to be patient with us and give us some time.”

Many of the hundreds of customers who use postal boxes were looking to switch out their old keys for new ones, and others lost their boxes as the new location offers only about two-thirds as many as the old one.

Otherwise, there is no reduction of services at the new site.

Katherine Nelson, a Madison Lake resident who keeps a postal box in Mankato for the business she has here, drove to the Second Street location Tuesday as she has most days for the past 25 years.

Nelson knew the move was coming at some point but hadn’t heard that Tuesday was the day. She sounded like she would have liked a chance to say goodbye.

Nelson is hopeful about the old building’s potential transformation, suggesting a boutique hotel would be nice.

Although Nelson is disappointed about the move, she knows it didn’t make financial sense for the Postal Service to be maintaining a massive 124-year-old building when it was using just a tiny fraction of the space.

“It’s sad, but I understand,” she said. “Our tax dollars need to be wisely spent.”

One remnant of the old post office will remain — the popular drive-up mail collection boxes along Jackson Street.

“I have zero intention of moving those,” Shetka said. “They’ve been there a long time, and everybody knows them and uses them.”