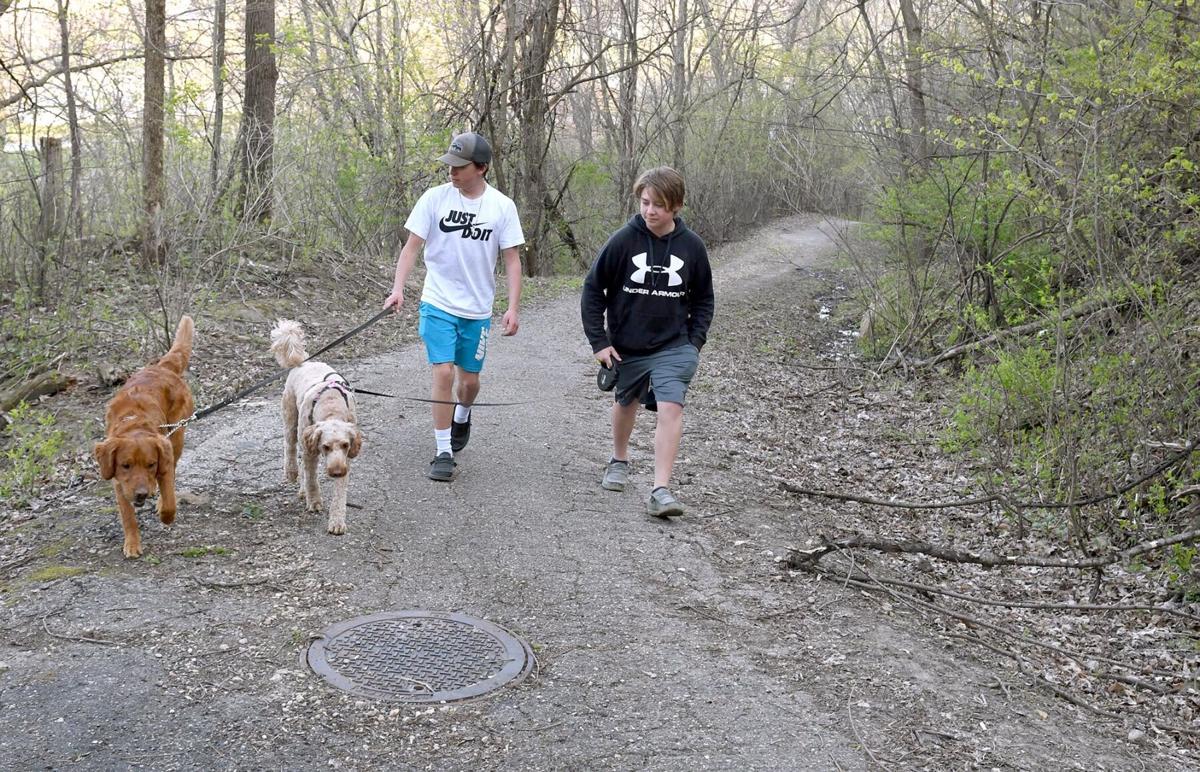 Connor Barten (left) and Gavin Ricard walk their dogs up the trail between Spring Lake Park and Mary Circle in North Mankato. The trail hasn’t been maintained in years but the city this summer will upgrade it with added asphalt and possibly rebuild a retaining wall near the top of the trail. 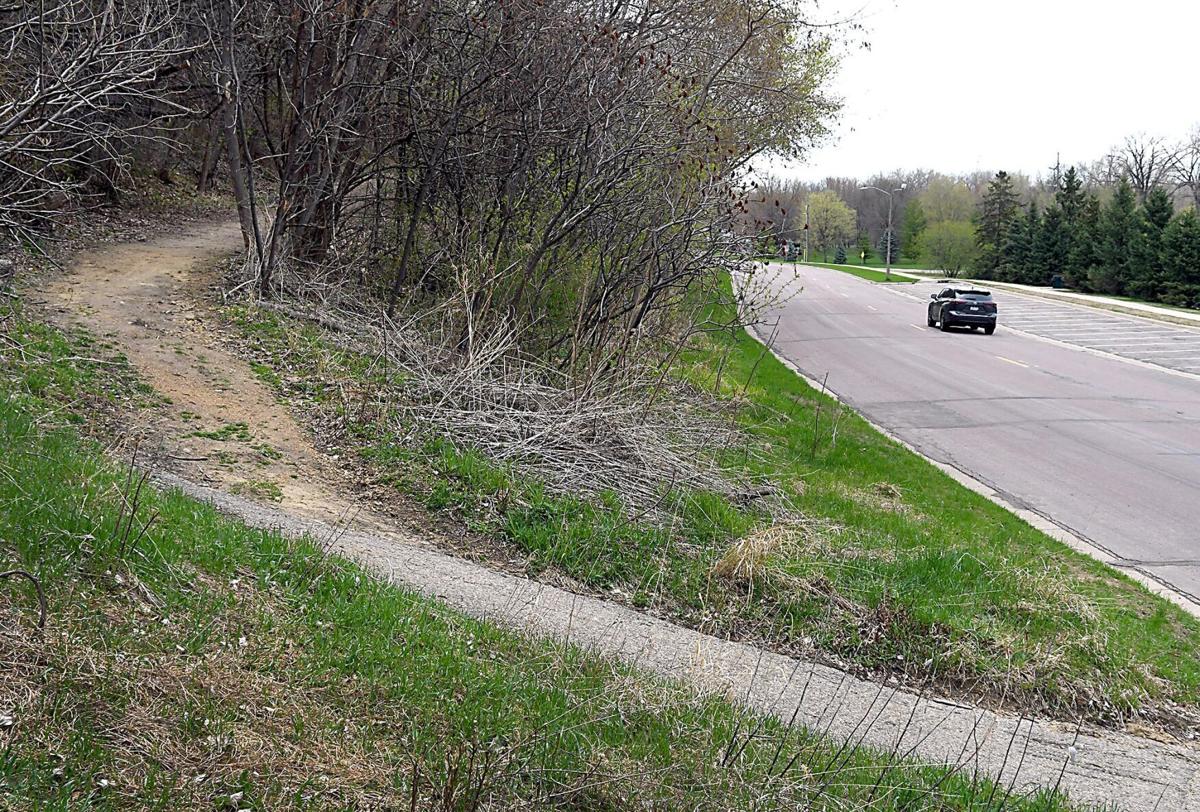 A longtime trail that goes from Lake Street by Spring Lake Park to Mary Lane in upper North Mankato will be upgraded this summer.

NORTH MANKATO — A trail with no official name that few others than locals know exists is slated for an upgrade this summer.

The trail starts on Lake Street next to Spring Lake Park and comes out on Mary Lane in upper North Mankato, near Bluff Park.

Tom Hagen, who’s lived next to the trail for 50 years, said it’s been around for about a century.

“It’s been there since the ‘20s. There used to be a house up there. An old guy used the trail to get to and from his house.”

There was also a gazebo half way up the trail that was removed by the city years ago.

Dave Mutch, who’s lived along Lake Street for 40 years, walked the trail a lot when his girls were young.

“We’d stop and rest at the gazebo. There was a car in the ravine on the east side of the trail. I’d take my girls up and down there and I’d say, “Do you see anybody in that car?’”

Although he hasn’t hiked the steep trail in a while, he’s planning to do so with his wife. “I told Sandy that’s our next excursion. We haven’t walked it in a long time.”

Bruce Waletich has lived in the house atop the bluff where the trail comes out since 1990.

“Not as many people use it since it was closed but a few still do.”

Hagen’s most vivid memory of the trail was from about 12 years ago when visitors from California came to see him. Their GPS told them they had arrived at Hagen’s driveway, which is near the trail, but instead they headed up the trail, which is paved on the lower part. “They drove up the trail and kept going and impaled their oil pan on a storm drain.”

Hagen said a tow truck had to hook a cable onto the vehicle from atop the bluff and pull it out.

Dan Norland grew up on Lake Street and the trail — which they and others referred to as Stevenson’s Hill — was a favored spot for the neighborhood kids in the 1980s.

“We’d be up and down that hundreds of times. It was our home away from home. That was so cool from start to finish.”

They took bicycles up and down, or at least most of the way up. “It gets real steep on top. I don’t think we ever made it up with bikes.”

He recalls that in about the mid 1990s the trail became overgrown and had some washouts.

“I’m glad they’re fixing it up. It’ll be nice for the next generation to enjoy.”

Nate Host, public works director for the city, said the upper half of the path, which includes a double switchback, is paved while much of the lower half is gravel.

“It’ll be about a 6-foot-wide asphalted trail.”

He said city crews late last fall cleared a little brush from the sides of the trail in preparation for the project. The paving will cost about $25,000, with money coming from the park fund.

City Administrator John Harrenstein said that if the city finds money, they hope to also fix an old retaining wall on the upper portion of the trail either later this summer or next year. That would cost between $25,000 and $50,000, depending on how much work is done. He said that money would either come from savings the city can find in the park fund, or if the City Council directly dedicates funds for the retaining wall work.

Host said the cost of the project is increased because contractors will have to bring in asphalt and retaining wall material with skid loaders.

Harrenstein said the city at some point several years ago stopped maintaining the trail. He said when the city did its Brewing Ideas events a few years ago, in which residents were invited to drop into the Mankato Brewery for public input sessions, improving the trail was often brought up.

“It was one of the top things on the community’s list,” he said.

“There has always been a need for more access to lower and upper north. Until the Bluff Valley Trail was finished, that (Lake Street trail) was really the only access other than Belgrade Hill.” The Bluff Valley Trail is a blacktopped trail that runs alongside Highway 14.

Harrenstein said improving the trail from Lake Street got pushed off for a few years because other park-related projects were deemed more pressing.

Like many of the steep ravines between upper and lower North Mankato, the area around the trail has seen its share of erosion problems. Two large mud slides are near the trail, including one that occurred last year.

Hagen said he thinks the city needs to do more to help slow the erosion problems, which have increased with heavier rains seen in recent years.

“I fear if they start mucking around (on the trail), they’ll make things worse.”