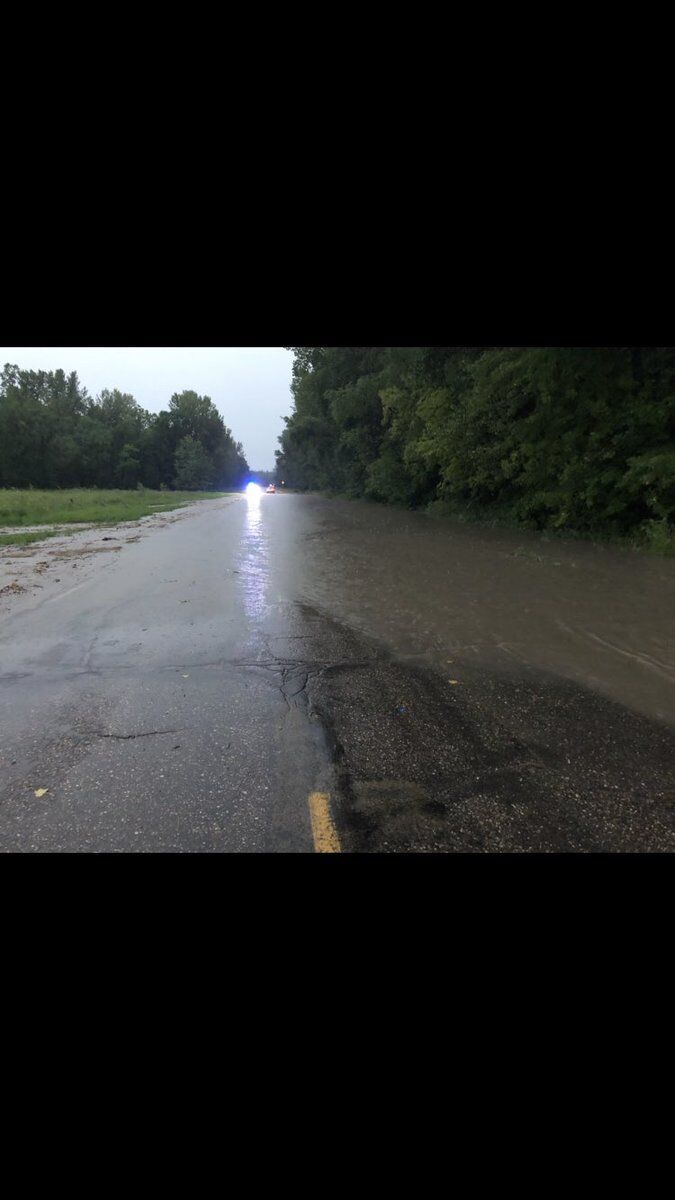 Highway 93 from Highway 169 into Henderson was closed due to flooding Saturday and Sunday. 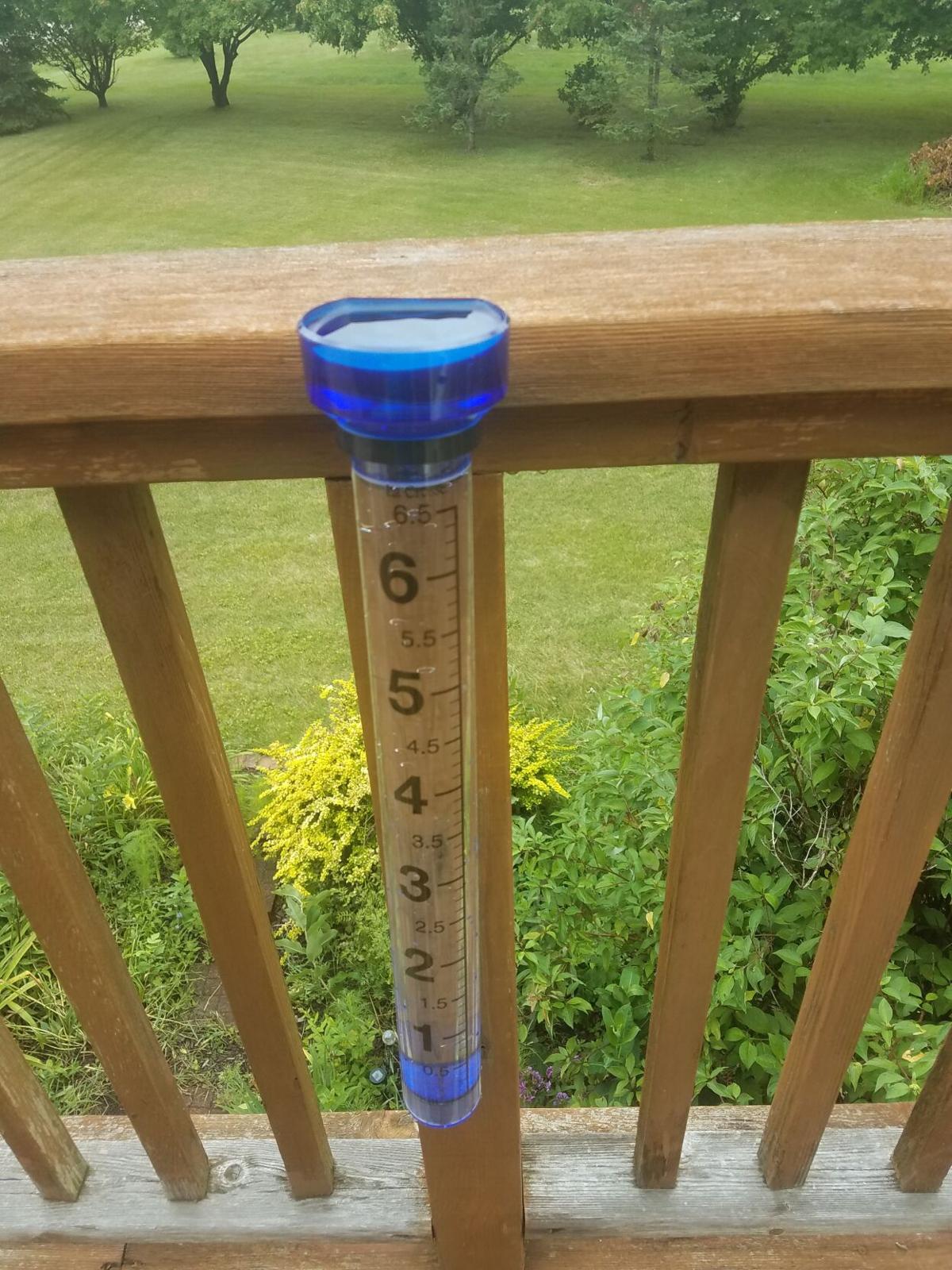 A rain guage overflows the 6.5 in. limit at a residence about 5 miles south of Mankato. 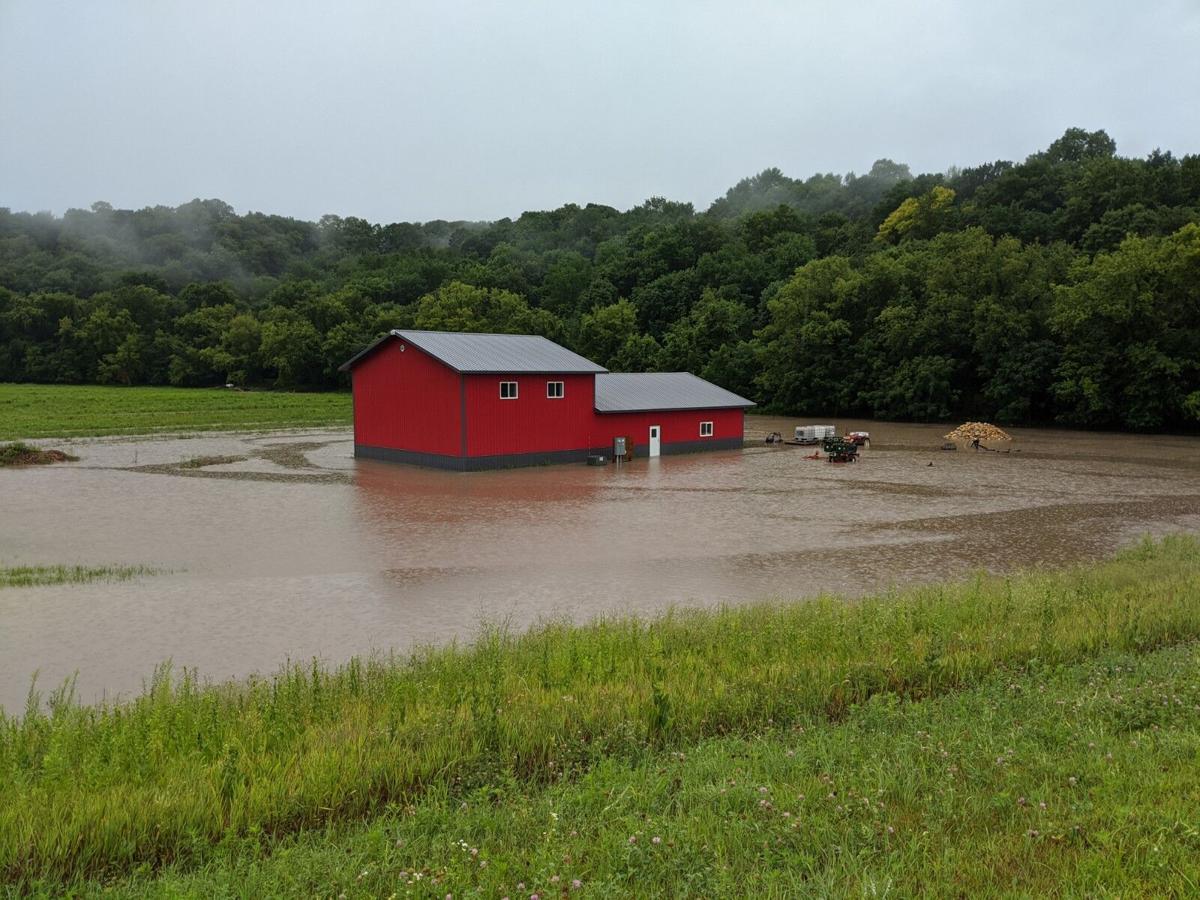 A building on Highway 90 near Indian Lake Road was submerged in water following heavy rain Saturday and Sunday. 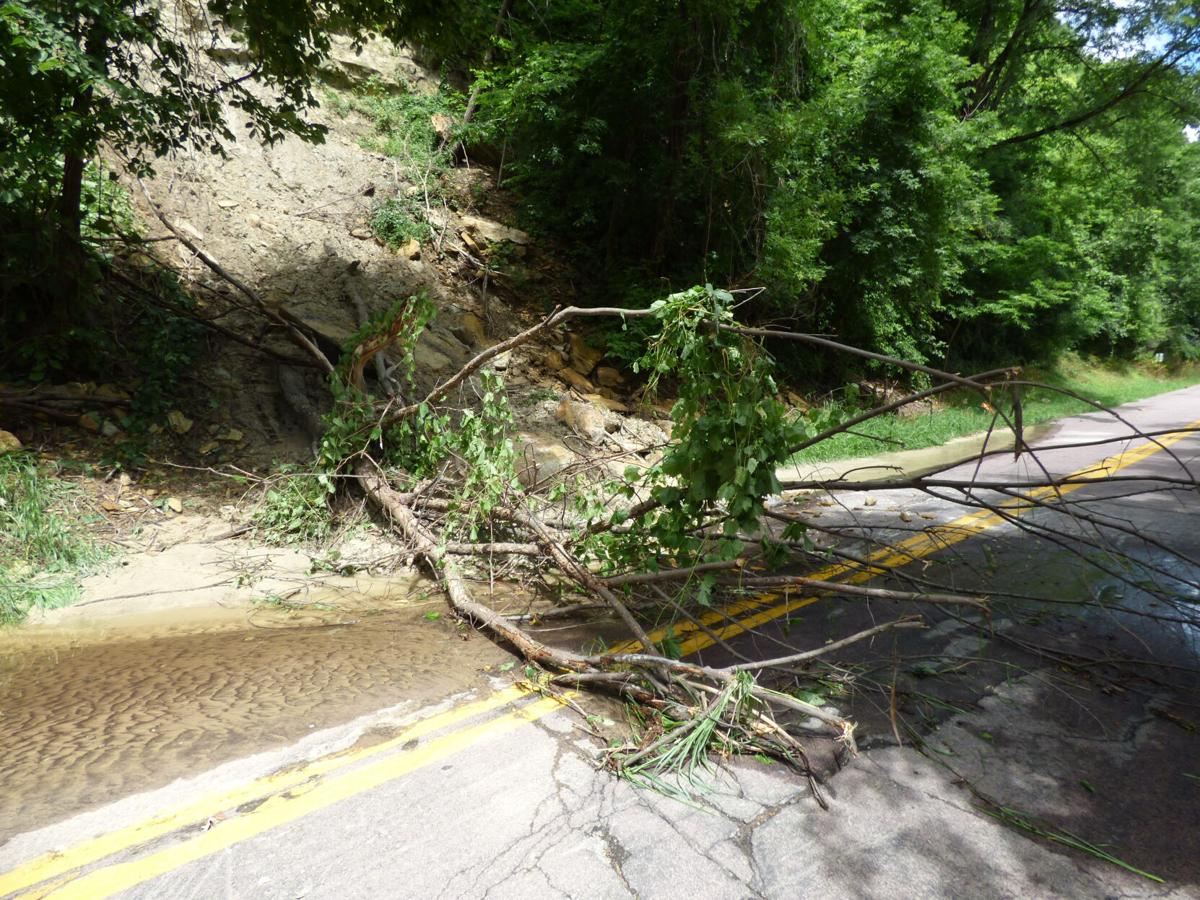 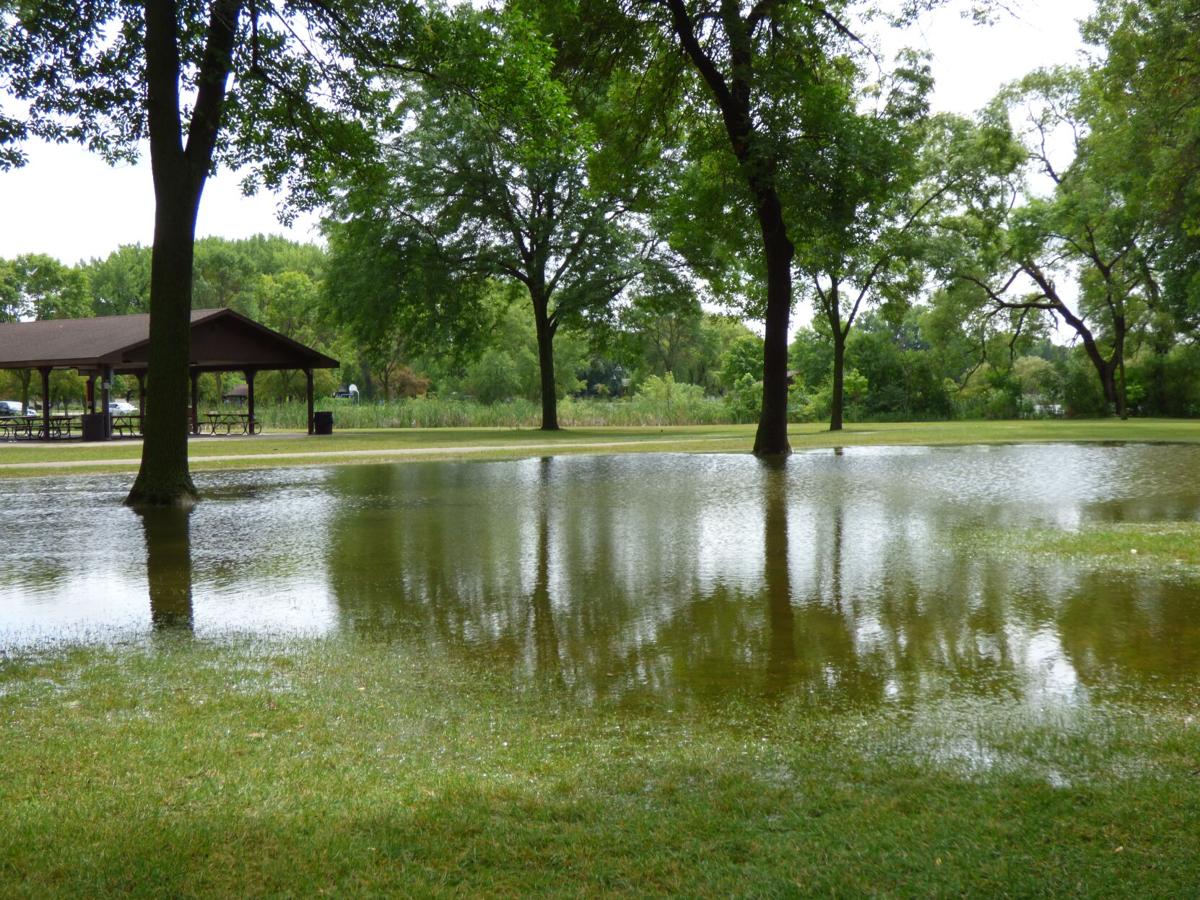 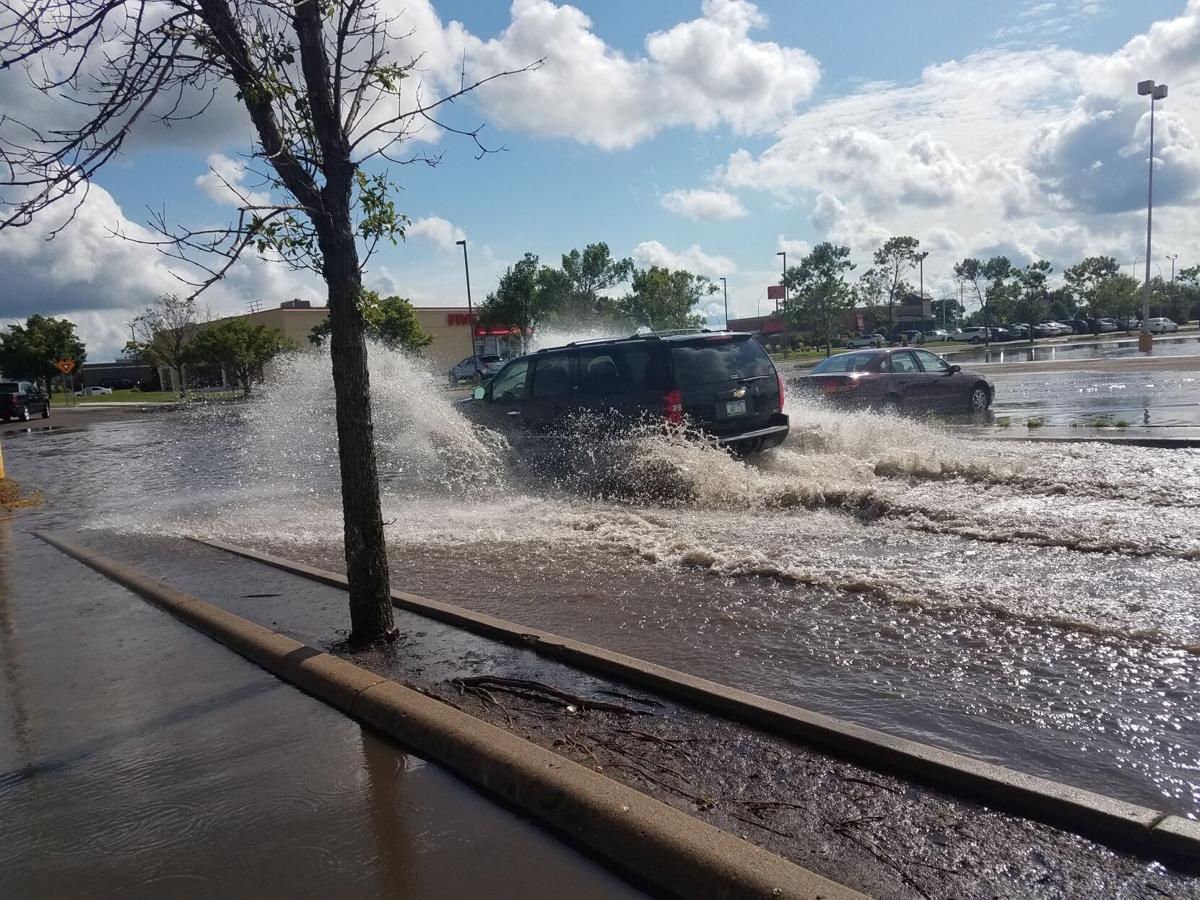 The 8.5 inches of rain Mankato received Saturday evening and Sunday morning created a pool of 6-12 inches of water on the road between Hilltop Hy-Vee and the Gordmans property.

Highway 93 from Highway 169 into Henderson was closed due to flooding Saturday and Sunday.

A rain guage overflows the 6.5 in. limit at a residence about 5 miles south of Mankato.

A building on Highway 90 near Indian Lake Road was submerged in water following heavy rain Saturday and Sunday.

The 8.5 inches of rain Mankato received Saturday evening and Sunday morning created a pool of 6-12 inches of water on the road between Hilltop Hy-Vee and the Gordmans property.

The Free Press and MPR News

MANKATO — The Mankato area received up to 8.65 inches of rain Saturday night and Sunday morning — nearly half of the region’s total rainfall this year — as flash flooding closed roads in and out of town.

Highway 93 to Henderson was closed due to road flooding, according to the Minnesota Department of Transportation, as was Highway 22 south of Kasota.

Flooding also caused the closure of Highway 19 between Gaylord and Winthrop, the area hit with the most rainfall in the region, according to Caleb Grunzke, meteorologist at the National Weather Service Office in Chanhassen.

“Between Winthrop, Gaylord and Lafayette in Sibley County, that’s where we think our estimated rainfall was the heaviest,” Gunzske said. “There were estimations of at least seven inches by 9:38 p.m. (Saturday) and that was still going strong into the night afterwards. It wouldn’t surprise me if a couple places had up to 10 inches.”

A spotter reported a brief touchdown of a tornado near Gaylord about 6:30 p.m. Saturday, although there were no known reports of any structural damage. By midnight, the weather service reported a foot of water flowing over Sibley County Road 8 about 2 miles northeast of Lafayette.

Grunzske said the warm, moist air, compounded by the lack of wind led the storm cells to pop up one after another and remain in place, leading to the high volume of rain in a short period of time. He said it’s rare for the region to receive this much rainfall in a 24-hour period.

“It’s very unusual,” he said. “This type of rainfall doesn’t happen too often, maybe once a summer, if that. So, when it does happen, it’s a big deal.”

The National Weather Service said rain totals in Minnesota equaled or exceeded those seen with Hurricane Hanna in Texas — a storm that helped magnify those in Minnesota.

“Some moisture streaming off of that hurricane in the Gulf streamed up through the central U.S., up into the Upper Midwest, interacted with a slow-moving front over Minnesota, and that allowed multiple rounds of thunderstorms to develop,” said National Weather Service meteorologist Eric Ahasic.

“There’s a slow moving or stationary frontal boundary and you basically have a firehose of that moisture running into this front, and thunderstorms that develop along it just don’t move,” he said.

As of 5 a.m. Sunday, MnDOT reported the Highway 169 ramps to Center Street and Lookout Drive in North Mankato were also closed due to flooding. The ramps were open by 8 a.m.

“It was some debris that came down the hill, but the street wasn’t closed, and we did receive some reports on flooded basements, but no structural damage,” he said.

Judson Bottom Road was also closed Sunday between Lee Boulevard and Valerie Lane. While crews cleared most of the debris, a tree fell from a mudslide and blocked the road about a mile past the road’s entrance at Lee Boulevard.

“It was from fallen rock and fallen trees,” Vonberge said. “We closed it last night after having cleared it once for just public safety so street crews could come through and assess what they needed to do and get everything removed.”

According to a city of Mankato press release, flooding led to the temporary closure of Bassett Drive between Raintree Road and Highway 22. City officials said they expect that stretch of road to re-open by Monday morning.

Grunzke said despite the high volume of rain this weekend, rainfall totals for Mankato remain about five inches below the amount from last July. So far, the Mankato Airport has measured just under 18 inches of rain this year.

The National Weather Service reports clear skies in Mankato for the next several days, and temperatures will be milder, with daytime highs in the low 80’s.