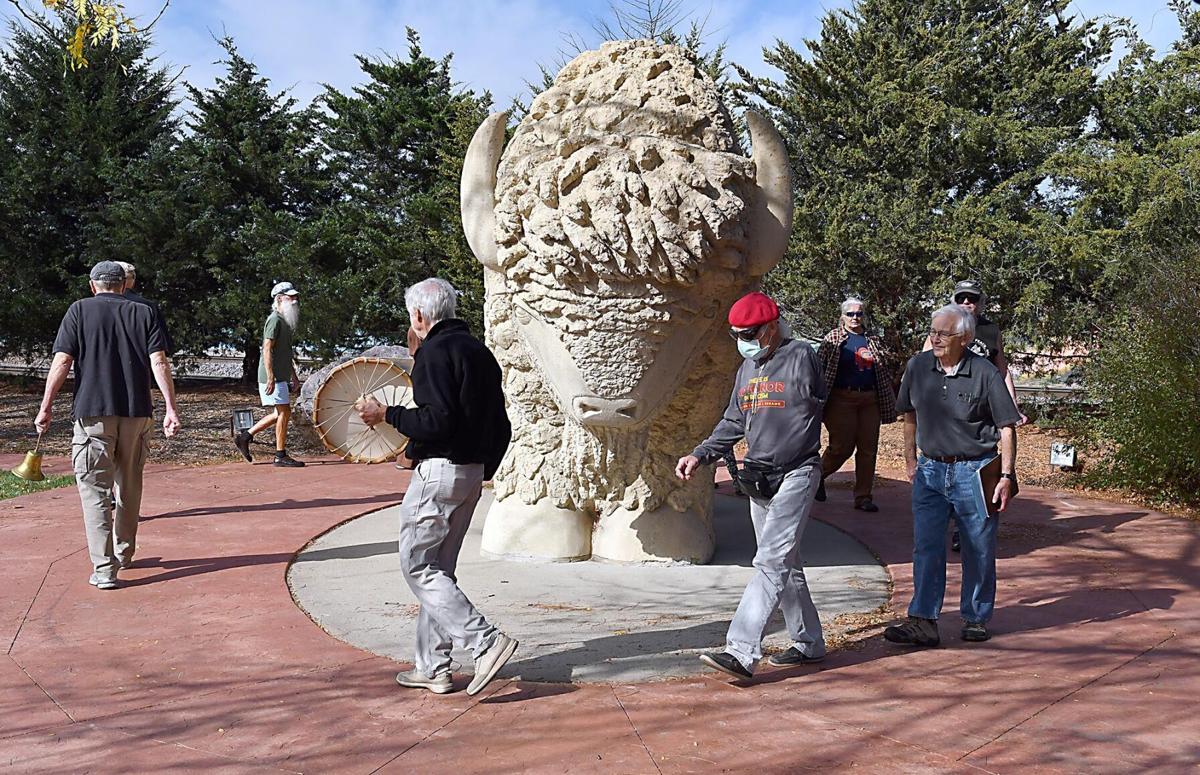 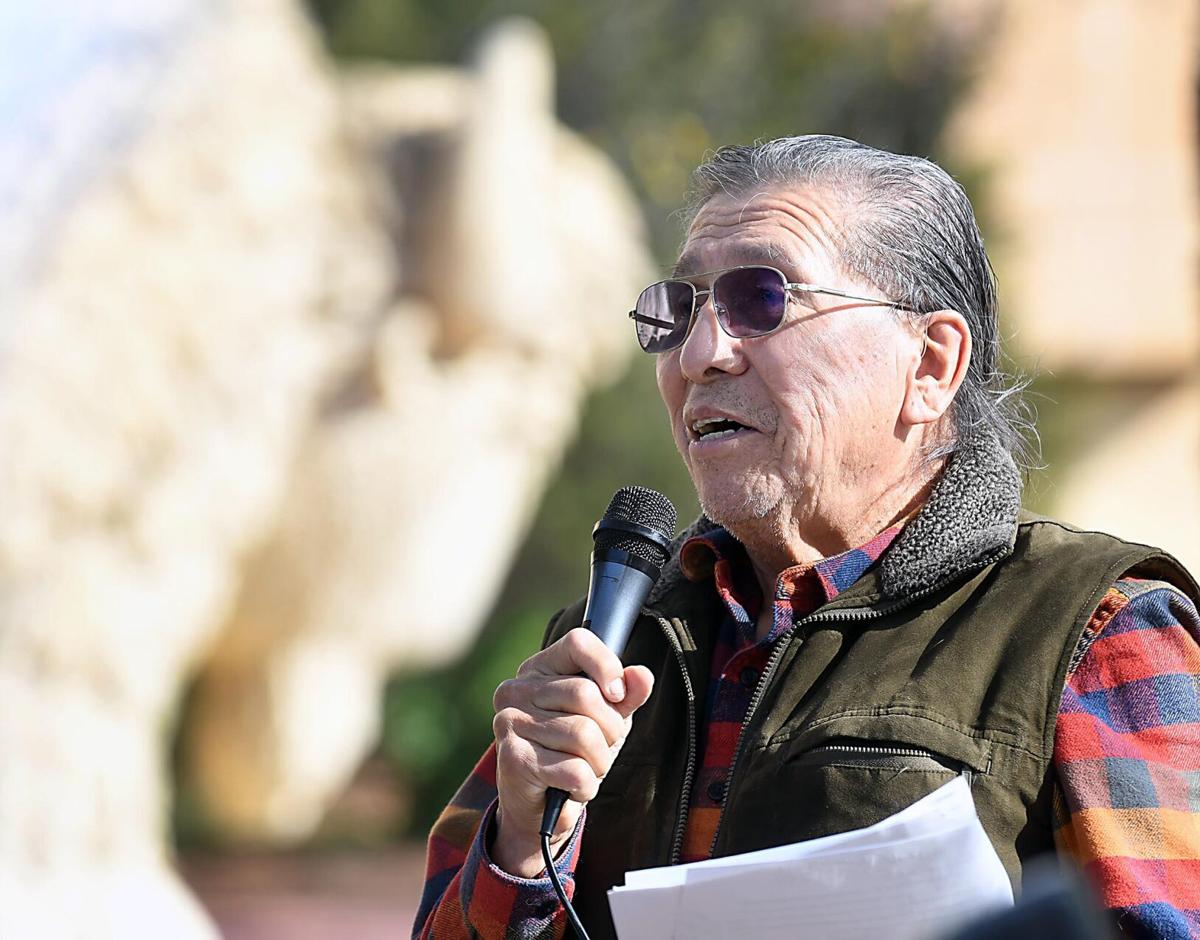 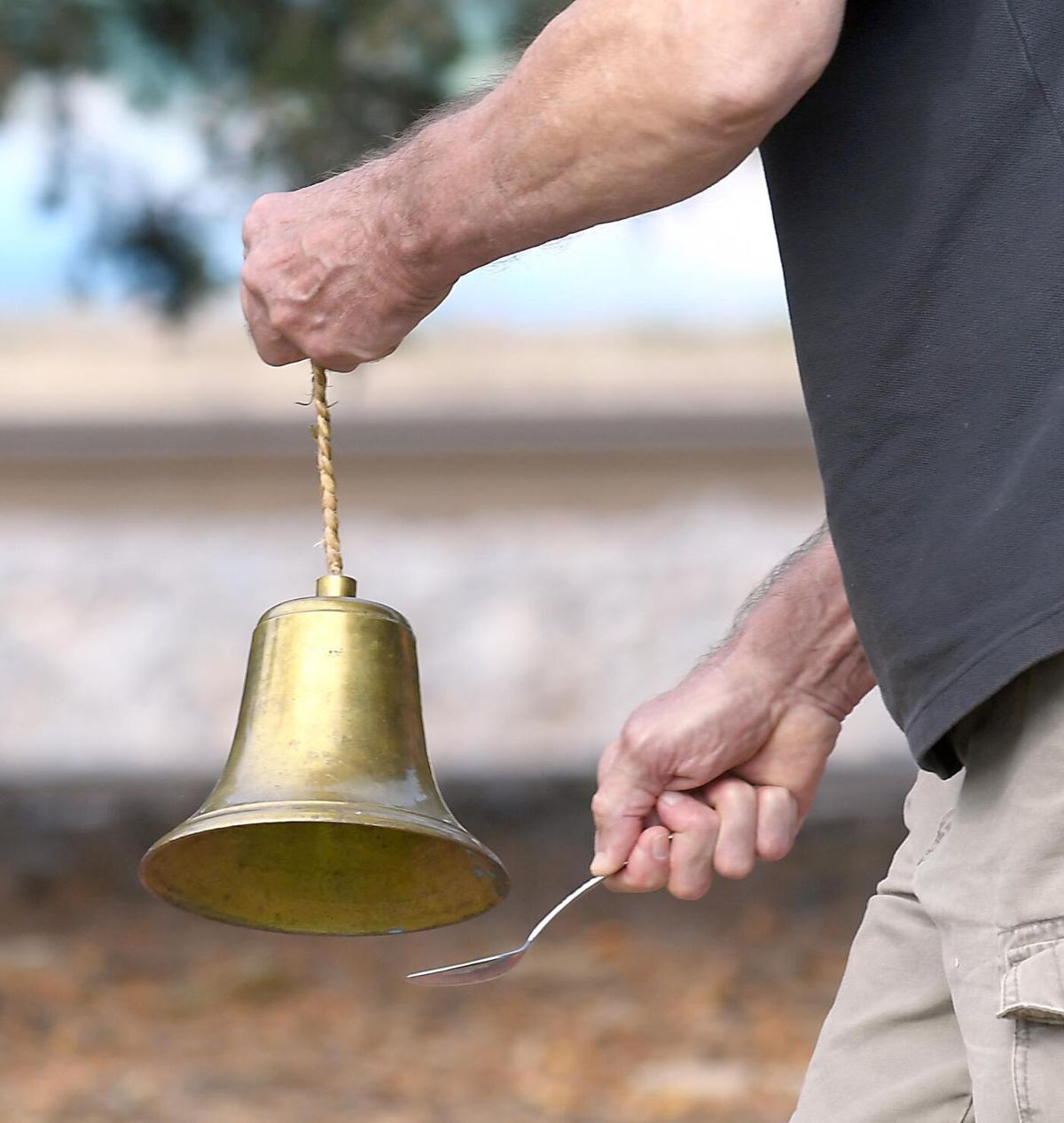 As each minute passed, a bell rang — 38 chimes in all, one for each Native American hanged in Mankato on Dec. 26, 1862 — and Dakota elder Chris Mato Nunpa read their names.

“Ptan Du ta,” he said, reading a name from the list. “It means a red or scarlet beaver.”

“Oyate Ta Wa,” he said, reading the next Dakota name. “His people.”

With each chime and each recited name, those gathered continued their silent, circular march around the bison statue and around the giant scroll of the names of those hanged.

The event, kicked off by an impassioned speech by Nunpa, was held at Mankato’s Reconcilation Park on Monday to honor the 38. The park was constructed near the site where the men were hanged. Monday was Indigenous Peoples Day, a holiday celebrating and honoring the history and culture of Native American people. The park regularly plays host to remembrance events such as this.

“Here they killed 38 Dakota people,” Nunpa said. “And what was their sin? Their sin was fighting for their land, defending their land which the white man was stealing. ... It’s a violent, genocidal disgraceful, dishonorable history of the United States of America. There’s nothing glorious or honorable about it whatsoever.”

About 50 people attended the event, organized by the Twin Cities-based Veterans for Peace. That group brought 27 members down for the remembrance ceremony.