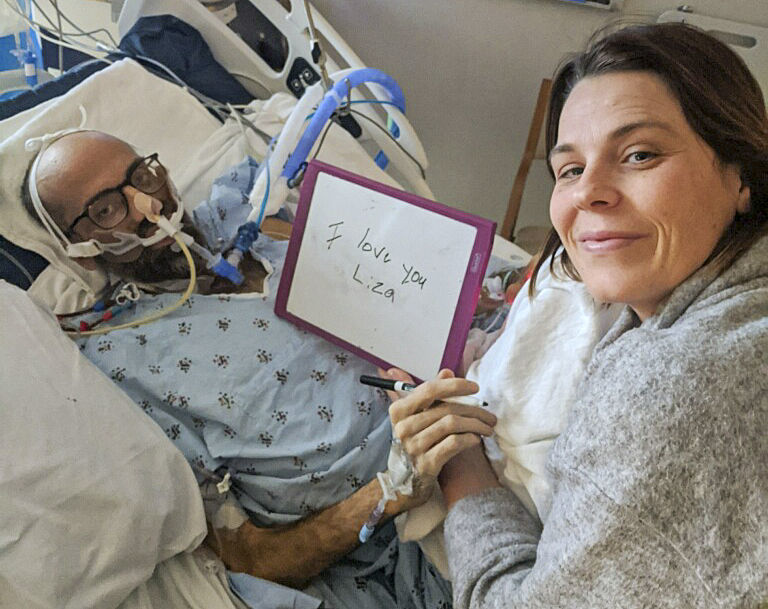 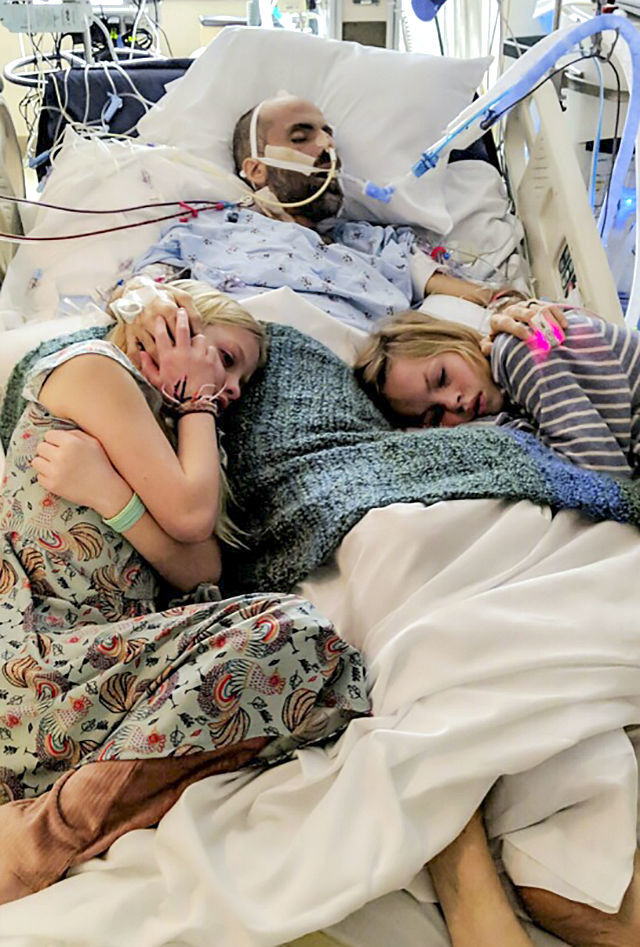 Cole Turrittin and two of his daughters lay in his hospital bed at Mayo Clinic Hospital, Methodist Campus in Rochester. Turrittin and wife, Liza, have five children between ages 1 and 10 years old. 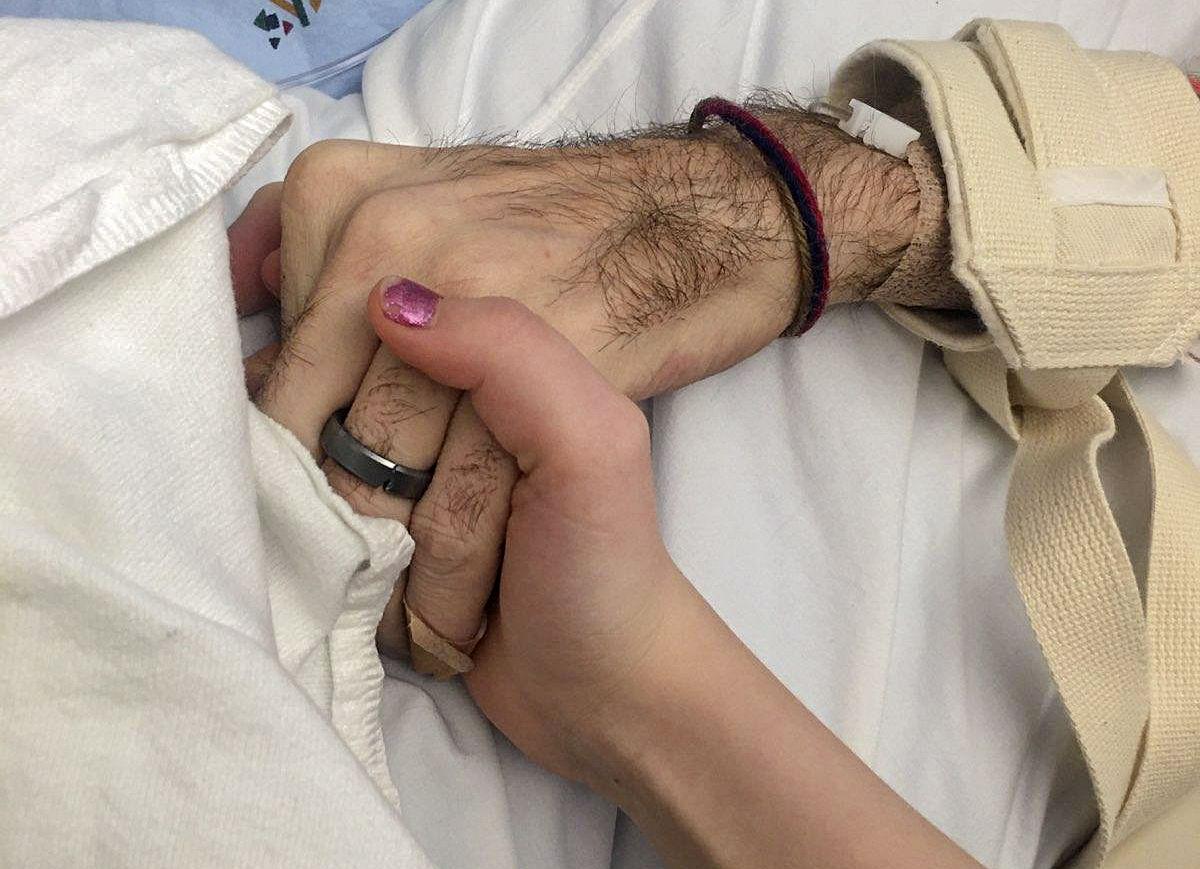 While family and friends support Cole Turrittin at his bedside, supporters have donated nearly $33,000 to help with medical costs.

Cole Turrittin and two of his daughters lay in his hospital bed at Mayo Clinic Hospital, Methodist Campus in Rochester. Turrittin and wife, Liza, have five children between ages 1 and 10 years old.

While family and friends support Cole Turrittin at his bedside, supporters have donated nearly $33,000 to help with medical costs.

ST. PETER — About a year after earning his master’s degree and months into an exciting new career, Cole Turrittin and his family found out he had a rare form of cancer in April 2019.

Doctors believe the neuroendocrine tumor they found started in his pancreas before metastasizing into his liver.

The 36-year-old St. Peter man has needed medical treatments ever since, and the head-spinning costs have been about as unexpected as the diagnosis itself.

A GoFundMe campaign is raising money to support his wife, Liza, and their five children after the illness forced him to be hospitalized in recent weeks. Donations totaled $32,986 as of Wednesday afternoon.

The response has far exceeded expectations, said Liza’s sister, Jessica Rodning. She and others organizing the campaign thought $10,000 would be a nice goal, but donations flew past the figure.

“It makes you feel a newfound appreciation and gratitude when this kind of thing happens,” Rodning said.

In comparison, the page estimates three weeks of Turrittin’s medications cost $16,000. His hospitalization in recent weeks adds on more financial burdens, so the funding can only cover so much.

Rodning called Turrittin’s health struggle a roller coaster of emotions for his family and friends. An update on the GoFundMe from Monday described multi-organ failure, although he remains responsive enough to write a heartfelt message to his wife on a whiteboard this week.

The first signs of Turrittin’s illness were tiredness and a weird pain on his side in April 2019. He figured it was probably from lack of sleep, as he had a new job, a teething baby and had spent the previous two years studying for his Master of Business Administration at the University of Minnesota’s Carlson School of Management.

A scan found cancer on his liver. A biopsy three days later showed it had metastasized, setting off aggressive treatments.

Turrittin and Liza have five children between ages 1 and 10. While Cole’s parents offer support at his bedside, Liza’s family brings the children back and forth from home to Rochester to see him.

Friends set up a meal train and sent gift and gas cards to the family. Rodning said she can’t say enough about how much help people have offered.

“It’s just been amazing how everyone has pulled together,” she said.

Turrittin had recently embarked on a new career within Taylor Corporation when he received his diagnosis. In the hospital, he’s been showing the same determination he used to earn his MBA while raising a big family with Liza, said Angie Valencia, a family friend who helped organize the GoFundMe.

“It’s just amazing the determination you can still see,” she said. “From everything I keep hearing he’s always had drive.”

For updates on Turrittin and the fundraising campaign, go to www.gofundme.com/f/cole-turrittin.