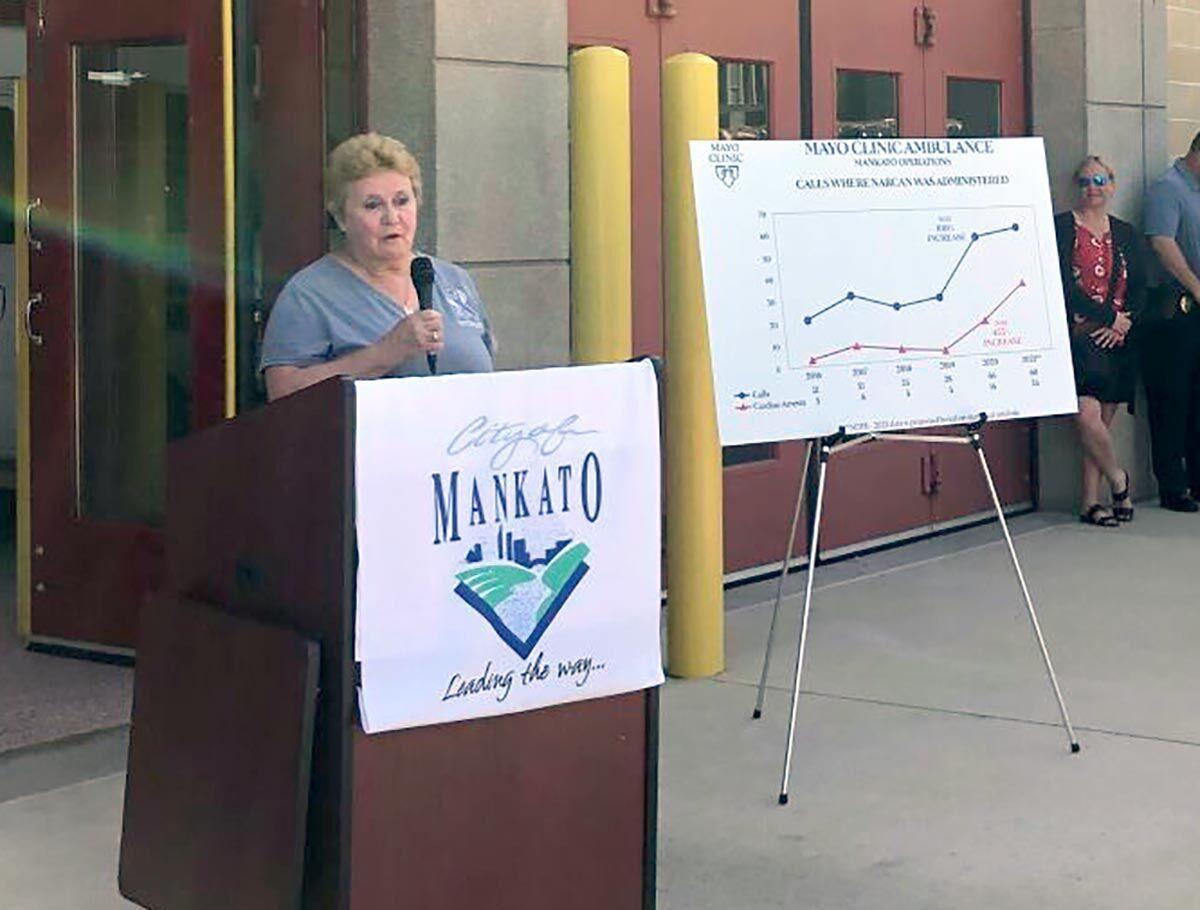 Nancy Sack speaks Wednesday about her grandson’s fatal overdose Wednesday, about four months after he unknowingly took a drug laced with fentanyl. Travis Gustavson was 21 at the time. Sack shared his story during an event on rising opioid overdoses in Mankato, saying she hoped it would help end the stigma around addiction. 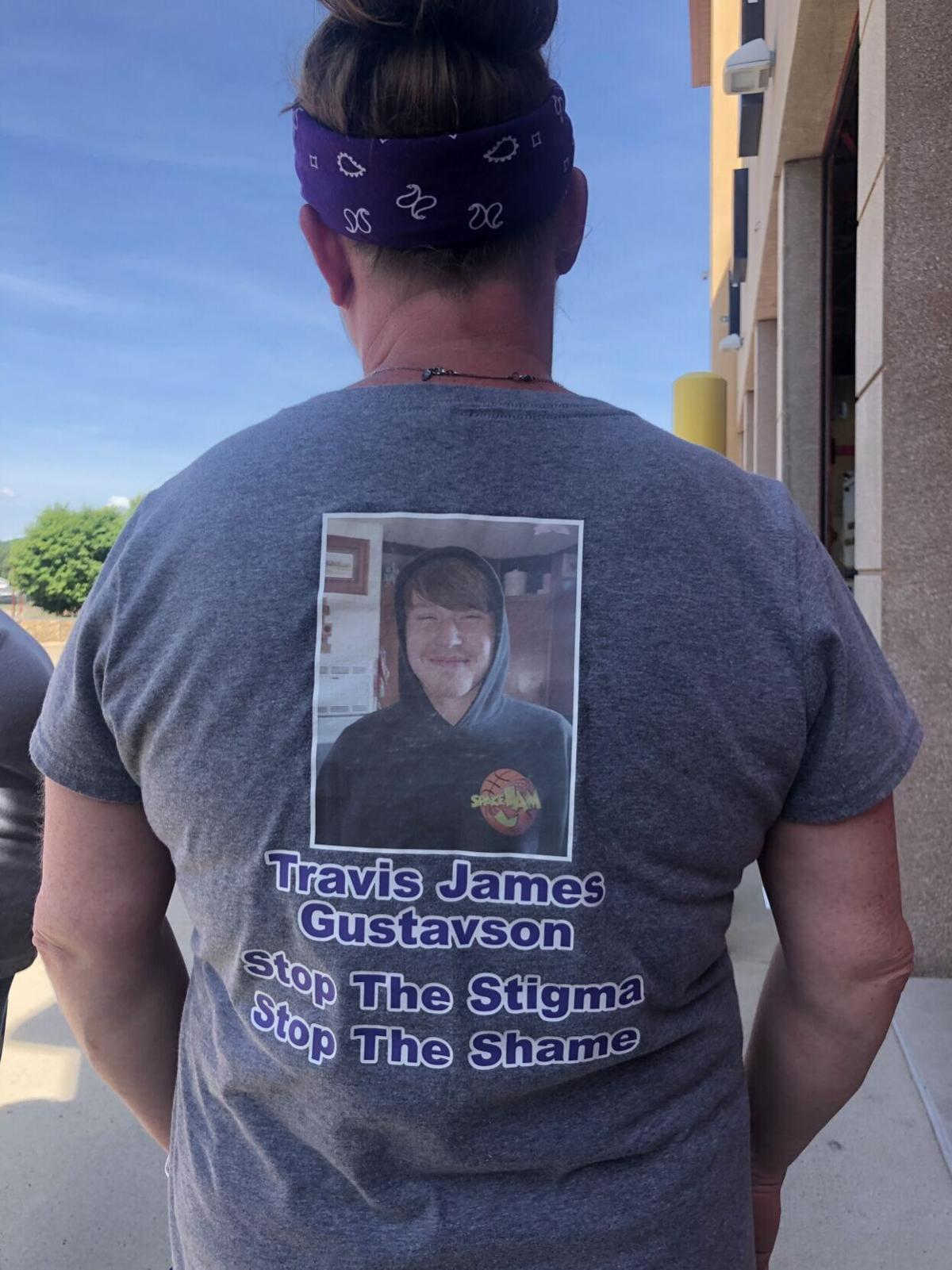 Kimberly Gustavson displays a shirt with a picture of her son, Travis, Wednesday in Mankato. Travis Gustavson died in February after overdosing on a drug laced with fentanyl. Two people face third-degree murder charges for providing the fatal drugs. Kimberly and others in Travis’ family hope sharing his story raises awareness for the overdose reversal drug Narcan. 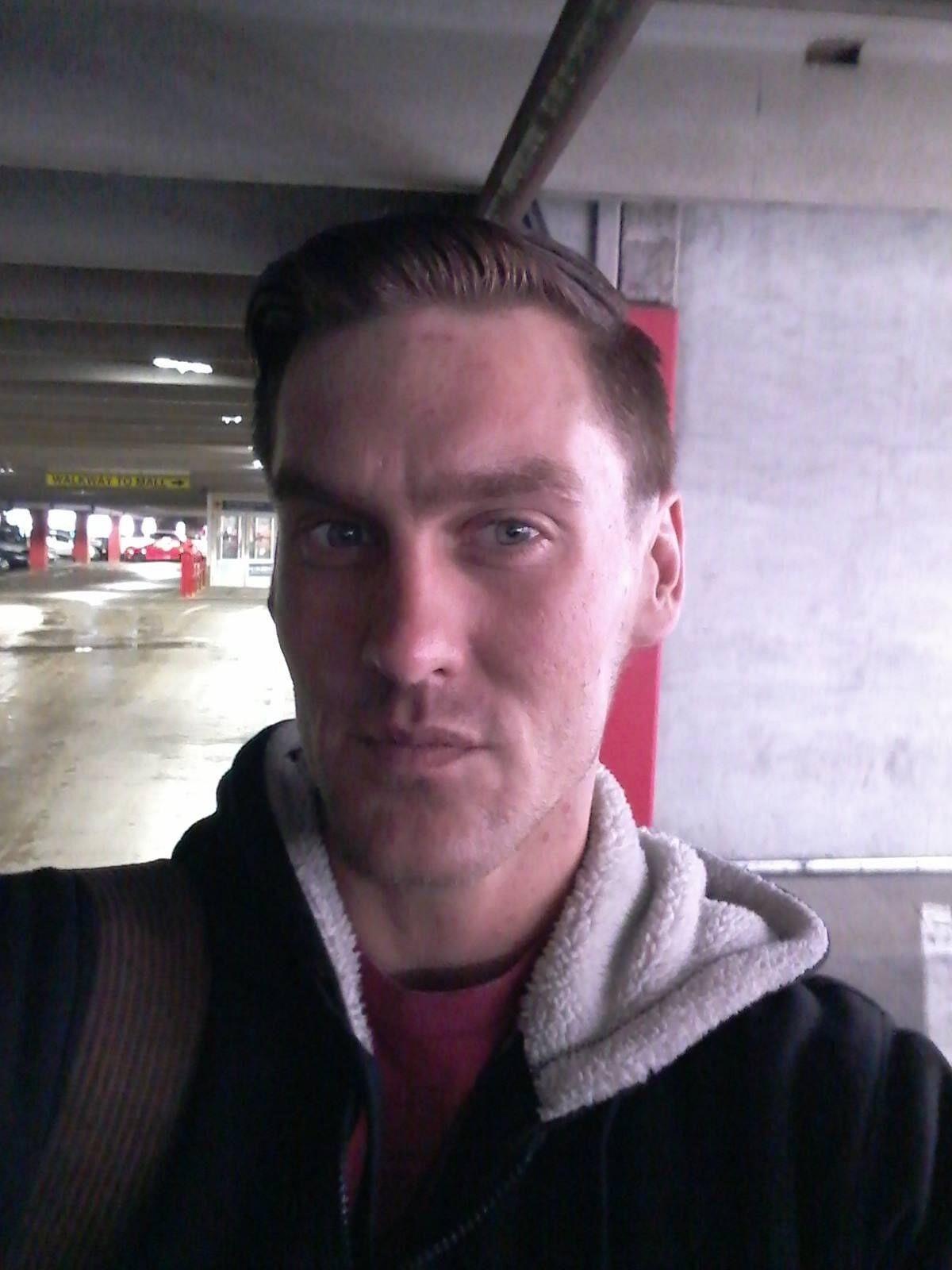 Jason Dobosenski, 36, died after overdosing on a drug laced with fentanyl in Mankato in late 2020. His mother, Judy Greske, shares his story as a way to put a face on addiction and reduce the stigmas around it. She spoke during a Wednesday event in Mankato planned to raise awareness of rising overdose numbers in the region.

“I think the biggest thing we need to do is get rid of the stigma of this,” she said. “Drug addiction is just the same as alcoholism or any other illness.”

Her grandson, Travis Gustavson, died at age 21 in Mankato after overdosing on what he thought was heroin but was actually laced with fentanyl, said his family during a press conference Wednesday. Two people, Max Leo Miller and Anna Marie Bailey, face third-degree murder charges for allegedly supplying the fatal drugs.

Wednesday’s media event at the Mankato Public Safety Center came in response to a rise in fentanyl overdoses in the Mankato area and statewide in 2020, a trend that has continued into 2021.

The totals are already at 53 overdoses and six deaths in 2021. Task force members also seized more heroin so far this year than the last two years combined, with Wersal saying all of it contained potent opioids.

“All the heroin seized by our taskforce over the last year has contained fentanyl,” he said.

A further increase is expected in 2021 based on trends.

“We need your help,” Keltgen said to the community. “This is a community issue, and I think our role from the ambulance service is not only to provide emergency care when it’s needed but also to raise the alarm and share the data with our community partners.”

Sharing Gustavson’s story, Sack said, was about more than reducing the stigma so people feel comfortable stepping forward for help. His family also wanted to raise awareness about the dangers of fentanyl and the need to make Narcan more accessible.

“We can’t save Travis’ life,” Sack said. “That’s happened; he’s laying up by his grandpa at Glenwood (cemetery), but we’d like to try to help somebody else’s life.”

While Gustavson is one of the region’s six fatal overdoses in 2021 — the most recent known one was in late May, according to a search warrant — 36-year-old Jason Dobosenski was one of the five in 2020. His mother, Judy Greske, drove from her home in the Duluth area to Mankato to talk about him Wednesday.

“I just wanted to put a personal face on this epidemic,” she said. “And sorry to the families. We’re in the same crappy club now and I’m so sorry for that. It’s been eight months for me and it’s a day at a time.”

Like Gustavson, Dobosenski overdosed on heroin he didn’t know was laced with fentanyl. Like so many others with addictions, he started out on prescribed painkillers before heroin.

Greske, Sack and Gustavson’s mother, Kimberly, all said they want more people to know about Narcan. And it needs to be more accessible, Sack said.

Officials highlighted Minnesota laws protecting people from drug charges if they call 911 or administer aid to someone overdosing. Other resources brought up during the event for people with addictions include local recovery communities and Blue Earth County’s drug court program.

DuRose ended the event with a plea for people to seek help when needed from public safety and emergency responders, guaranteeing they’ll get “compassionate” help in their addiction.

“We don’t want anybody in this community that hears this to have the stigma of addiction and substance use, or belief and fear of legal ramifications, to prevent somebody from calling for help,” he said.