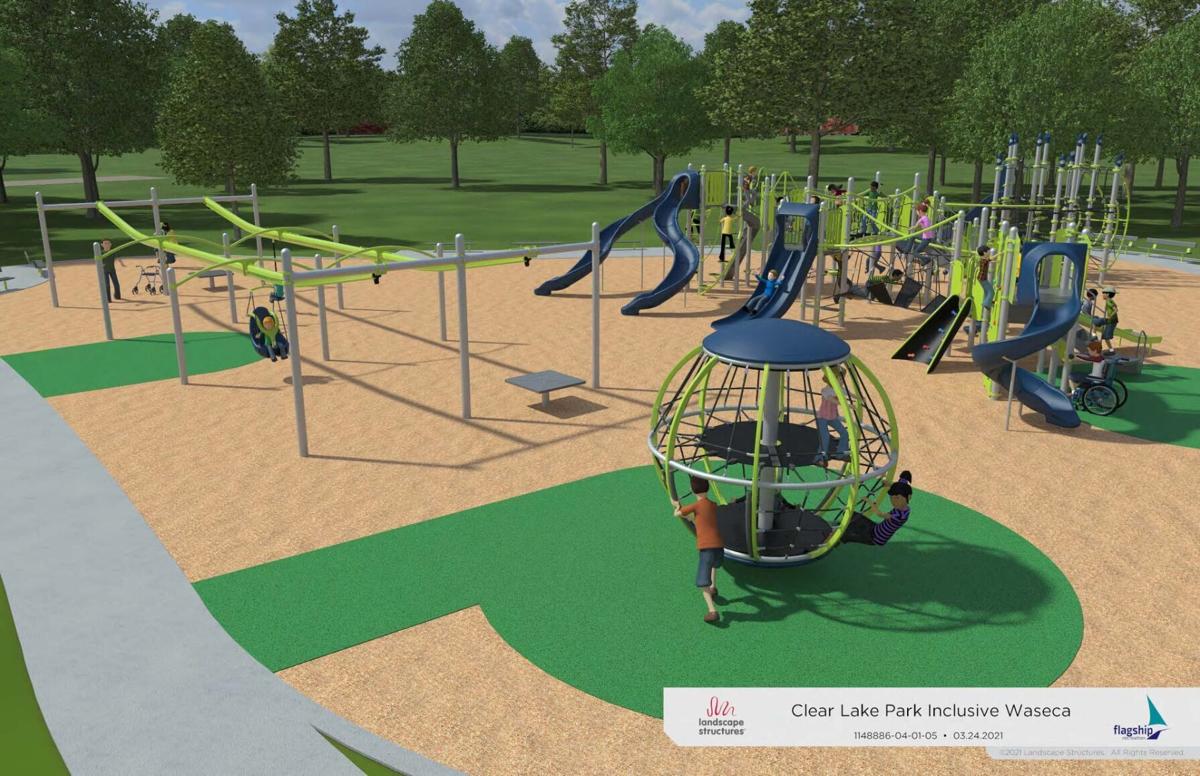 A schematic of some of the new playground equipment coming to Clear Lake Park next year. Find more images here. 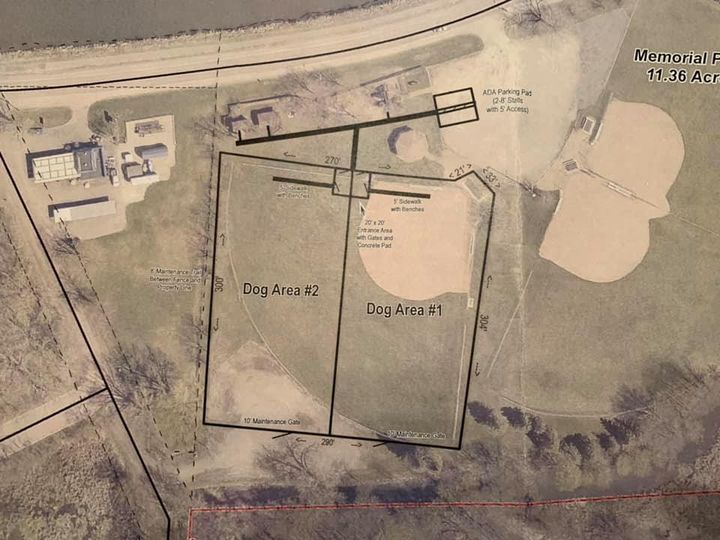 A dog park will replace a ballfield at  Waseca's Memorial Park.

WASECA — Two parks on the shore of Waseca’s Clear Lake are getting major new amenities.

A dog park is coming to Memorial Park this fall. A new fishing pier and a playground replacement are planned at Clear Lake Park next year thanks to a large state grant.

Work begins next month on the dog park at Memorial Park, west of Kiesler’s Campground. The Waseca City Council earlier this month approved a proposal from the Park Advisory Board that was years in the making.

Jeanne Sexton, who had two dogs, started the push soon after she joined the board in 2017. She led the board first in surveying the community interest and then in studying several potential sites.

Memorial Park rose to the top to the list, Sexton said, due to factors including its size, existing amenities and the fact it’s not close to residences that could be disturbed by barking.

One of the three existing ballfields at Memorial Park will be removed to make space for the dog park, which will have two fenced-in open play areas.

City staff will do some of the work and the City Council approved hiring a contractor that will be paid at least $56,000 to do the remainder.

Waseca Parks Supt. Brad Dushaw said the project will start in mid-August and should be substantially completed in the fall.

Sexton is now leading a fundraising effort to buy equipment for the new park.

The amount raised and future public input will help decide the amenities, she said. Possibilities include watering stations and agility equipment.

The upgrades to Clear Lake Park will start next spring and should be completed by late summer or early fall, Dushaw said.

A new fishing pier will stretch 84 feet into an area of the lake that Dushaw said is a popular site for shoreline fishing.

The playground equipment that is nearly 30 years old will be replaced. The Park Advisory Board helped select the new play features.

A nearly $200,000 grant from the Minnesota Department of Natural Resources is funding half of the cost.