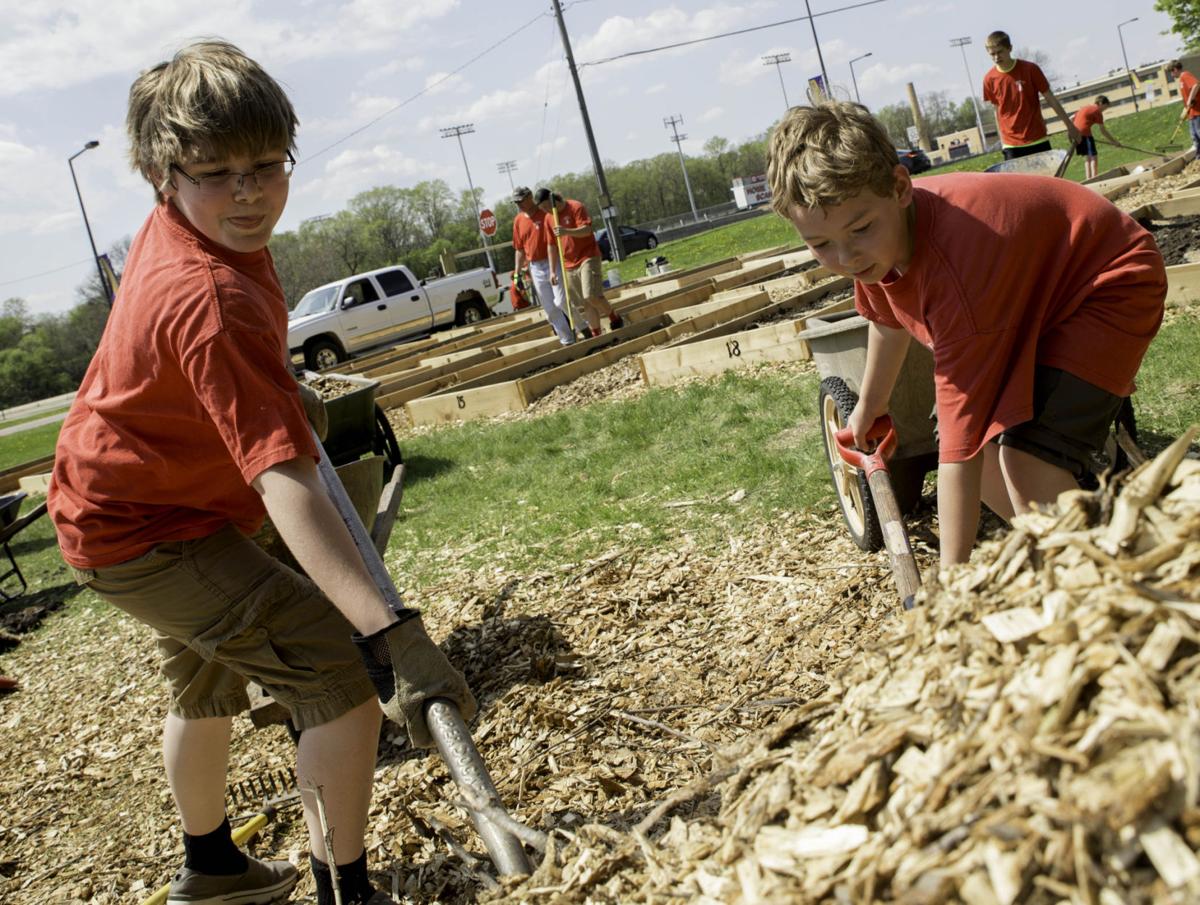 Scouts Joe Peterson (left) and Andrew Credit (right) help shovel wood chips into barrels Sunday bound for the garden plots behind them at the Heart and Soil community garden. Photo by Trevor Cokley 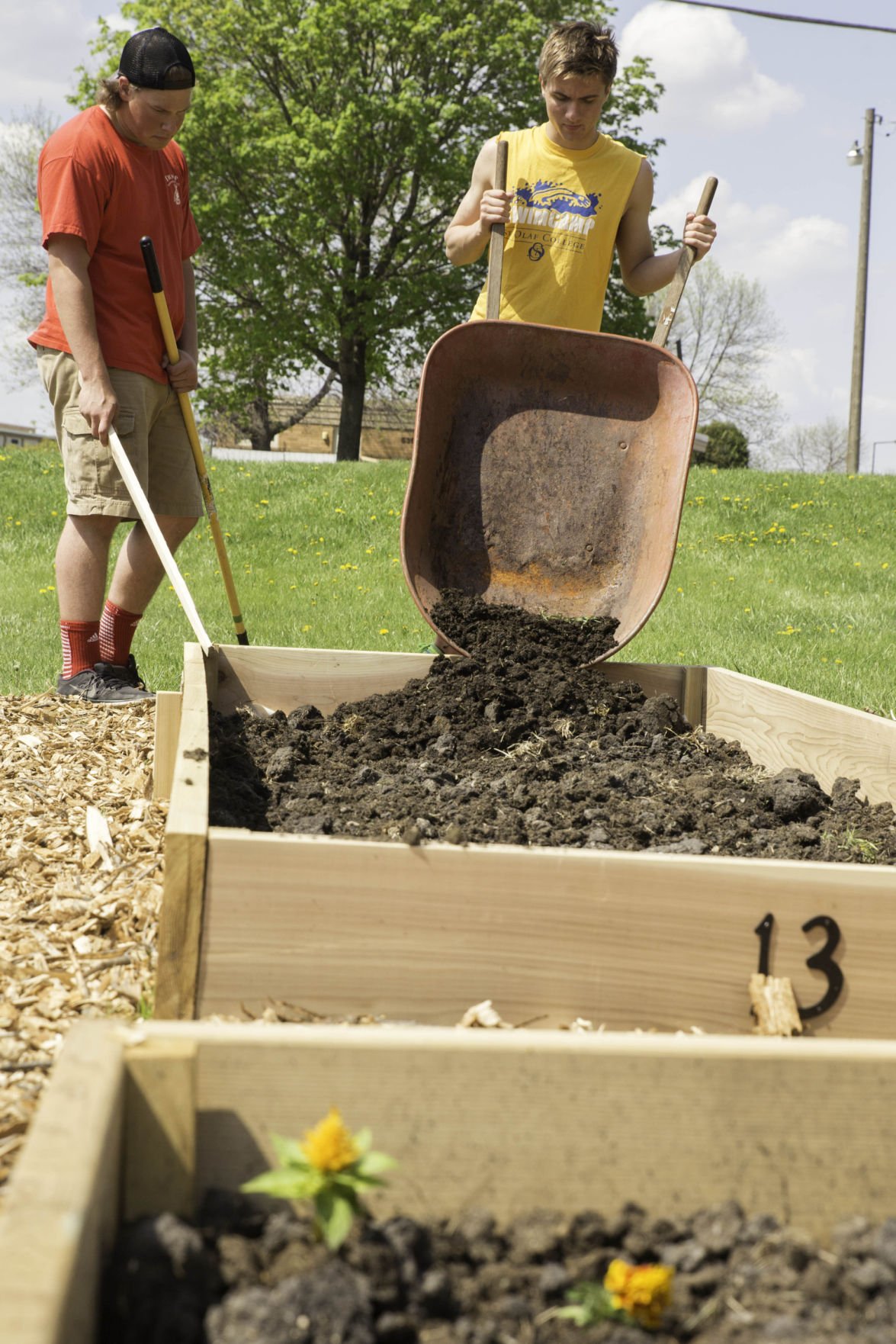 Scouts Joe Peterson (left) and Andrew Credit (right) help shovel wood chips into barrels Sunday bound for the garden plots behind them at the Heart and Soil community garden. Photo by Trevor Cokley

MANKATO — By design, the first Heart and Soil community garden is the product of its community.

This newspaper donated the paper that separated the raised beds of soil from the grass underneath. The city provided the land and the water from a nearby hydrant.

The whole working together to accomplish a common goal thing? That’s the “heart” part.

“That’s what we’re into,” said Ryan Idso-Weisz, who coordinates the garden along with his wife, Erica. “Getting people connected.”

About 20 members of Boy Scout Troop 29 labored at the gardens, at the corner of Stoltzman Road and West Pleasant Street, on Sunday to help one of their own become an Eagle Scout.

Jacob Ous, 16, had been looking for an Eagle Scout project, so he jumped at the chance to help the garden. He and his fellow Scouts did some physical labor, including maneuvering pallets into position to build a compost bin.

They also worked on logistics, such as making sure the manure and wood chips would be in the right place at the right time. Projects like these emphasize leadership, organization and communication, said the troop’s scout master, Carl Fitzloff.

For the most part, the soil will be cultivated in coming weeks — a kickoff planting event is planned for Saturday — but Patti Ruskey was getting a head start. After helping build the other plots Saturday, she planted four marigolds in her own space. By Sunday, she was planting potatoes. The relatively shallow beds would seem to impede root crops, though Ruskey plans to make little mounds to give them more space.

Ruskey has her own backyard garden, but likes the idea of working the soil with company.

“You can really learn a lot from other gardeners,” she said.

Erica Idso-Weisz said the raised beds are ideal for vegetables that need direct sunlight, such as tomatoes and peppers. Some gardeners are planting flowers tailored for bees and butterflies.

The only chemicals allowed on the plots are organic pesticides and, of course, water.

The garden has 21 ground plots and four raised ones, intended for people who can’t bend over much or who use wheelchairs. All 25 plots have been taken.

The community garden is also supported by a $10,000 grant from the Statewide Health Improvement Program. It aims to make healthy choices easier, in this case gardening and eating fresh produce.

Erica Idso-Weisz said there’s evidence that gardens promote healthy eating all the time, even when the gardeners aren’t eating their own crop.

The garden coordinators are looking for locations for new gardens. Their main criterion is that gardens be close to homes.

Neighbors of this garden who don’t have plots might be able to score some produce — a little “free market” where gardeners can leave vegetables they don’t want will soon be added alongside Stoltzman Road.