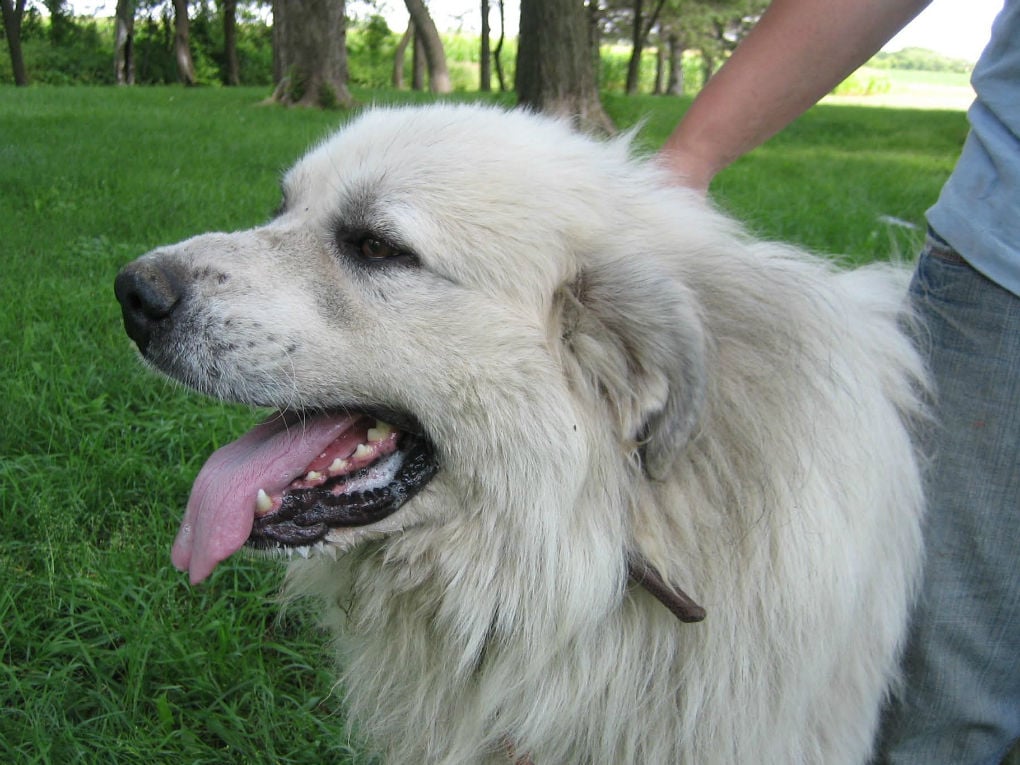 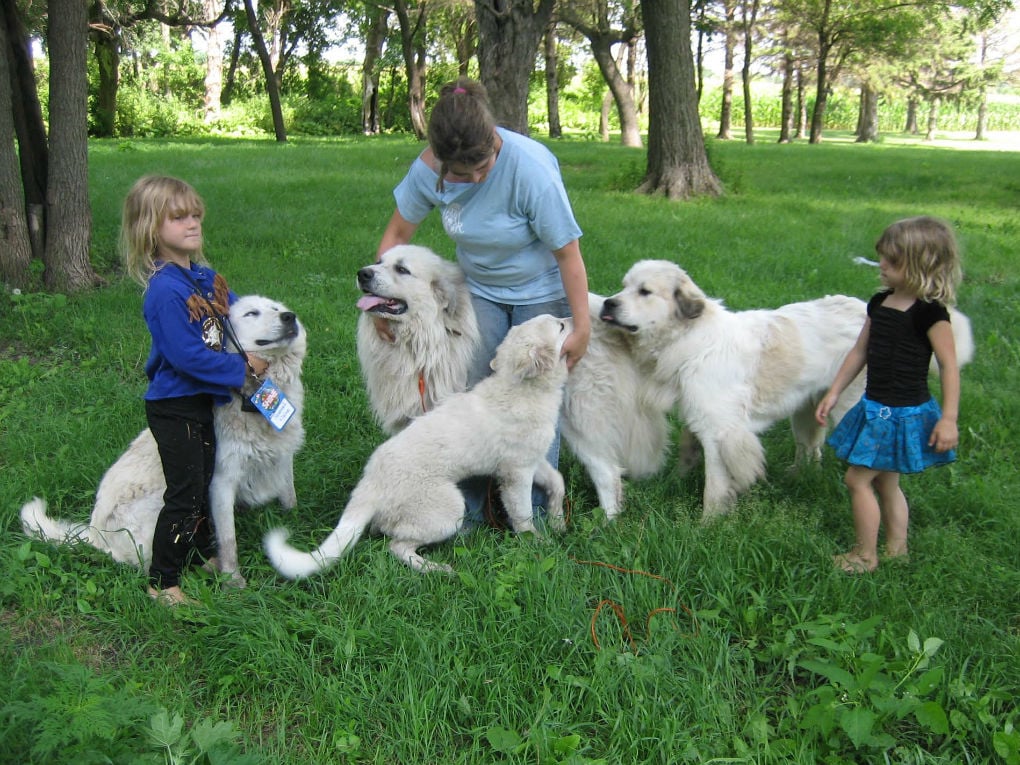 Chelsea Kleine and her children enjoy their Great Pyrenees.

Chelsea Kleine and her children enjoy their Great Pyrenees.

For the Chelsea and Travis Kleine family of rural Westbrook, Minn., the Pyrs (as they are sometimes called) started as pets. They had the dogs before they had sheep.

“I had one growing up and I liked the breed,” Chelsea said. “We decided we needed some sheep for them to guard.”

With their flock of Icelandic sheep down to nine, the dogs don’t have a lot of guard work, but the Kleines breed their Great Pyrenees and sell the puppies.

According to dog breed websites, it is characteristic of Great Pyrenees to be very loyal and devoted to their family, which causes them to be territorial and protective. Not all are so welcoming to strangers as the Kleines’ Pyrenees, which tend to the gentle side.

“Our dogs are quite laid back,” Chelsea said. “I know some Pyrs like family only. If you’re a stranger, you better beware. But people have said they’ve never seen a puppy so laid back as ours.”

That’s a disposition that the Kleines seek to develop in their dogs, since many of them are purchased as pets. The five puppies in their last litter were all purchased by local people looking for a pet. They said that it is typical that when a pup is purchased by someone from a greater distance, it is usually for work as a guard dog.

Their puppies are all American Kennel Club registrable, and they handle the full or limited registration for those who want it. They recommend full registration if the buyer is planning on using the dog for showing or breeding. Those who purchase for pets usually forgo that added expense.

According to DogBreedInfo.com, the breed originated in Central Asia or Siberia, and worked its way to the mountains of Europe, taking its name from the Pyrenees. It developed a thick, double coat which withstands the cold. In addition to guarding sheep, it has been used as an avalanche rescue dog, and in domestic ways pulling carts or sleds.

Bob and Sarah Lea of Cokato, Minn., also breed Great Pyrenees on their Milk and Honey Farm, and it was as guard dogs that they purchased their first pair. In an e-mail interview, Bob Lea said that when they moved to the country and purchased some chickens and sheep, they knew their neighbors had trouble with feral dog packs, rats, and raccoons killing their cattle and poultry.

“We had met a couple of adult Great Pyrenees at a friend’s farm and were impressed by how well they keep the farm — and the neighborhood — free from predators,” Lea wrote. “Proactively, we bought two Great Pyrenees to keep our place predator free.”

Their decision has paid off.

“In 18 years out in the country, we have not lost a sheep, duck or chicken to a four-legged predator,” he said. “We get feedback from our customers on the great job the Pyrs do as guardians.”

About 40 percent of their customers purchase the pups primarily for guardians and about 60 percent go to families as pets. While most of the sales are in Minnesota, Iowa, and Wisconsin, they’ve had people come from almost every state, even Alaska.

Lea said the Great Pyrenees has a wide range of temperaments, just as people do, but overall he describes them as “regal, independent, gentle and loyal.”

“They seem to have all the character traits that you wish a best friend has,” he said.

In the end, these “friends” have guardianship bred into them. The Leas have been talking to a shepherd who has donkey guardians, and is still losing a lot of lambs.

“He wouldn’t be losing any with Pyr guardians,” Lea said. “If people have trouble with bears, wolves or cougars, we advise them to get two Pyrs. One will die defending, but two will drive off any predator.”

Their loyalty and guarding ability may never be put to that great of a test, but Lea admires their everyday usefulness just as much.

“Great Pyrenees are the best guardians if you have children, or have strangers coming on your place,” he said.

Both the Leas and the Kleines can be contacted through their websites. They not only want their customers to know what they are getting, they want to be certain their pups are getting good homes.