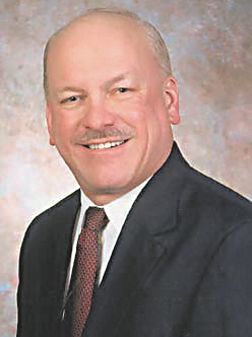 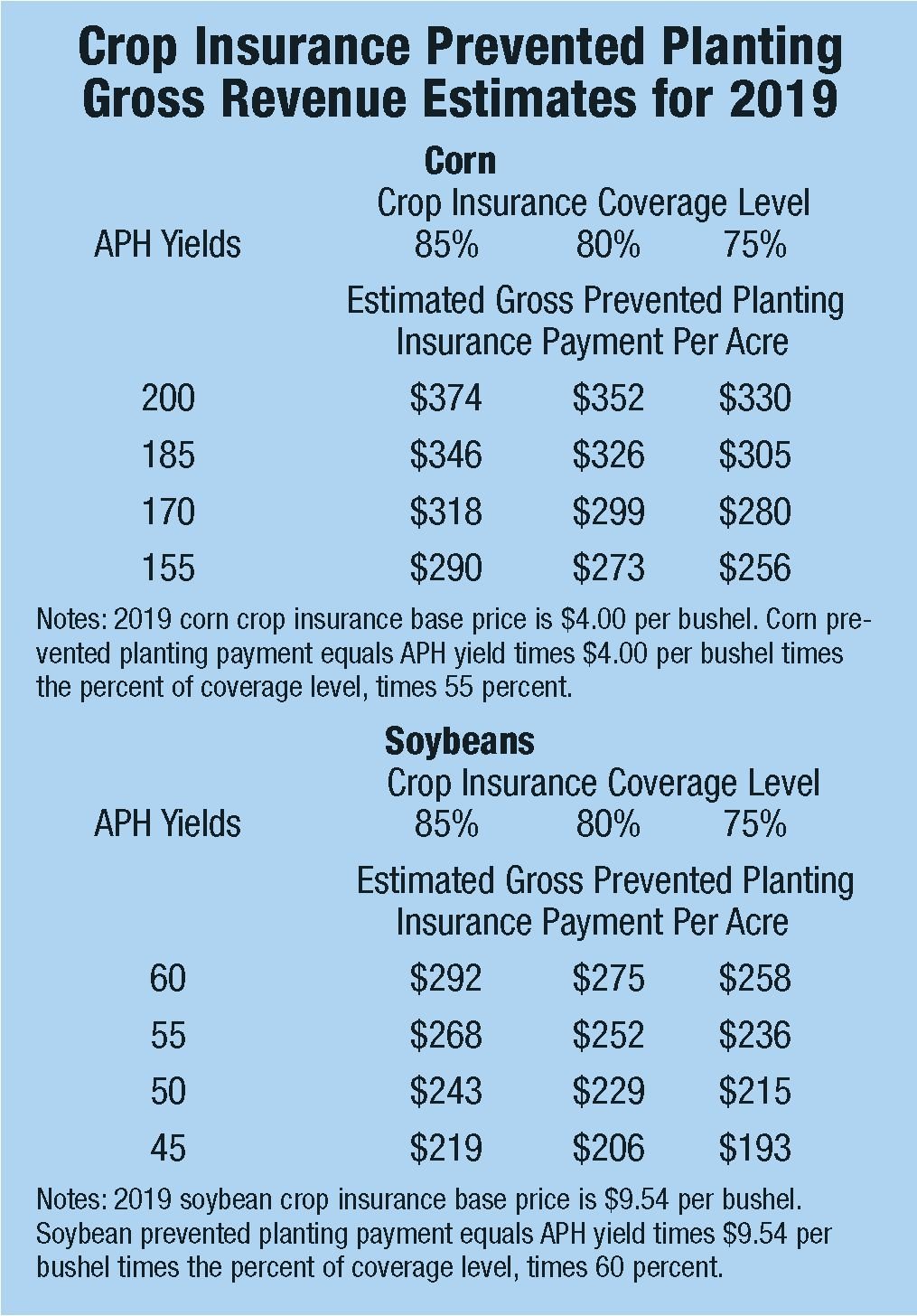 Farm operators in many portions of the upper Midwest, including southern Minnesota and northern Iowa, are dealing with very wet field conditions and delayed crop planting. Unless conditions improve soon, some producers could be forced to consider not planting a portion of their crops in 2019. As we approach June 1, producers in the affected areas will be evaluating their crop insurance coverage for late planting or prevented planting options, as compared to the yield and profit potential for late-planted corn and soybeans.

Crop producers will have different yield potential, crop expenses, land costs, etc. on various farm units, as well as differences in their level of crop insurance coverage and revue guarantees on various farms. All of these factors become important when evaluating prevented planting crop insurance decisions. It is also important to note that the guaranteed payments for prevented planting with corn and soybeans are considerably less in 2018, as compared to several years ago. The decision your neighbor makes regarding prevented planting may not necessarily be the best decision on your farm, depending on the situation and the factors involved.

Assuming that producers have an eligible Revenue Protection or Yield Protection crop insurance policy, they would have the following options with regards to delayed or prevented planting later than the established final planting dates:

• Plant another crop (second crop) after the final planting date.For example, soybeans could be planted on intended corn acres after May 31. In that case, there would be no prevented planting coverage payment eligibility for the corn acres, and the soybeans would be treated as insurable soybean acres. If the soybeans are planted after the final planting date (June 10), they would be considered “late planted,” with a 1 percent per day reduction in the revenue guarantee for 25 days.

Please refer to the accompanying table for further examples.

The maximum acreage eligible for prevented planting coverage is limited to the number of acres in the insurable farm unit. Furthermore, the maximum eligible acres for a crop is the highest number of acres planted to that crop on that insurable farm unit in the past four years — regardless of the planned crop acreage for 2019. (Example: If the total acres in a farm unit is 100 acres, but the highest corn acreage in the past four years was 60 acres, the maximum corn acres eligible for prevented planting coverage on that farm unit would be 60 acres.)

Economics of the prevented planting decision

Every producer’s situation is different regarding late and prevented planting options. As a result, the best option will vary considerably from farm-to-farm, based on differences in yield potential and insurance coverage. The choice that a producer makes could result in a difference of thousands of dollars in the potential insurance coverage available. This is why it is extremely critical for producers to consult with their crop insurance agent before finalizing late and prevented planting crop decisions.

Kent Thiesse is a government farm programs analyst and a vice president at MinnStar Bank in Lake Crystal, Minn. He may be reached at (507) 726-2137 or kent.thiesse@minnstarbank.com.