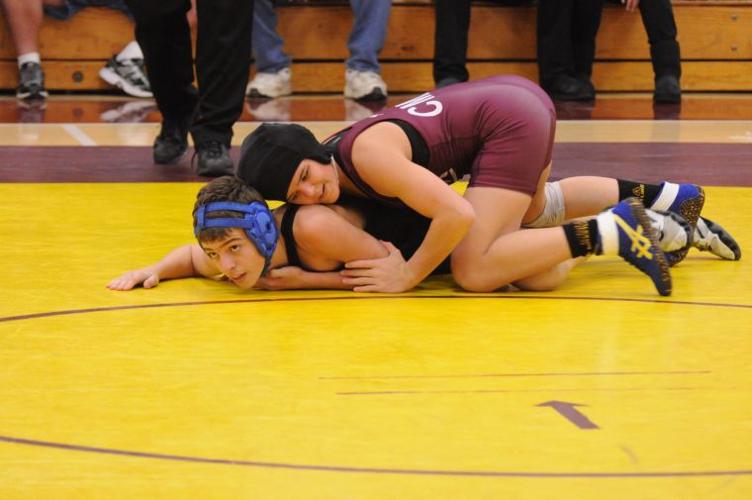 In February, Kayla Miracle was the first female wrestler ever to compete in the Indiana state finals. Miracle was a sophomore at Culver Academies in northern Indiana. 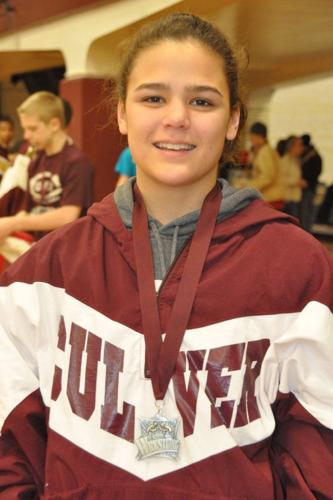 In February, Kayla Miracle was the first female wrestler ever to compete in the Indiana state finals. Miracle was a sophomore at Culver Academies in northern Indiana.

College wrestling coaches have long worried about the impact of Title IX on their sport. Since the law was passed 40 years ago, 475 collegiate wrestling teams have been eliminated.

Ironically, the girls are coming to the rescue.

The number of girls on high school wrestling teams jumped almost 20 percent in the 2010-11 school year – the biggest percentage gain in sports with the normally lowest female participation. (Number two was badminton, up 14 percent in girls' participation; number three was weightlifting, up 11 percent.)

The appeal? Moyer said it's the competitive nature of the sport and wrestling's weight-class categories, which offer opportunities for athletes of all sizes to compete.

"Not everybody can be 6-foot-8 and play on the basketball team," said Moyer. "With wrestling, there's a place for everybody."

An intentional effort has been made to recruit girls into the sport. In 1998, the U.S. Girls Wrestling Association formed and now has a circuit of tournaments for school-age girls. A boost also came when women's freestyle wrestling became an Olympic sport in 2004.

On the college level, women's wrestling is also on the rise. Thirteen schools in the NCAA now field women's wrestling teams, and Moyer hopes the number will rise. “It means more jobs for our coaches,” he explained.

Forty years ago, Congress debated legislation to ban discrimination against women in educati…

It took a woman to bring men's rugby back to Ithaca College.