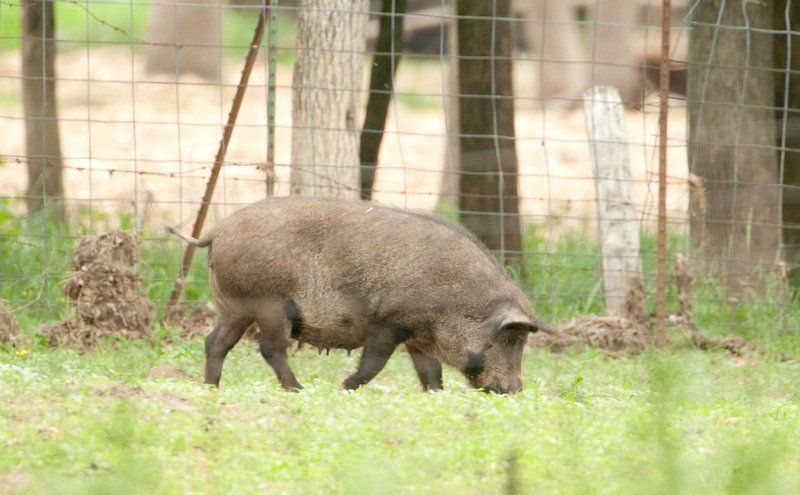 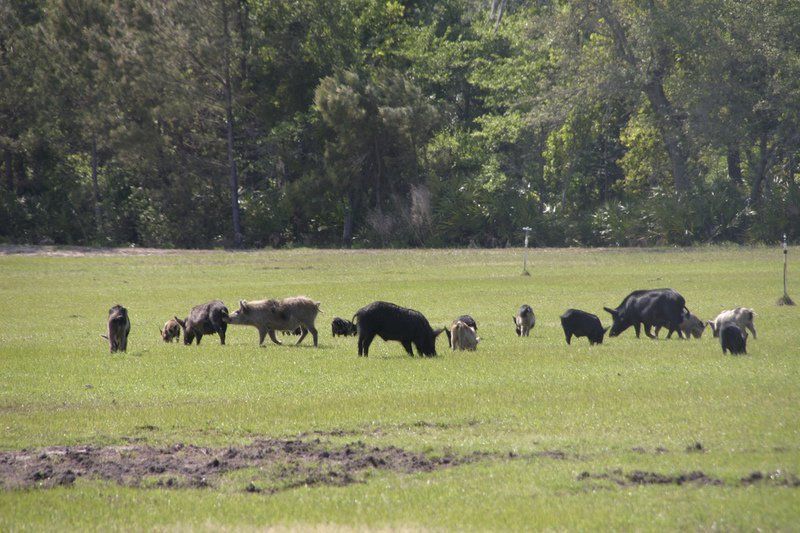 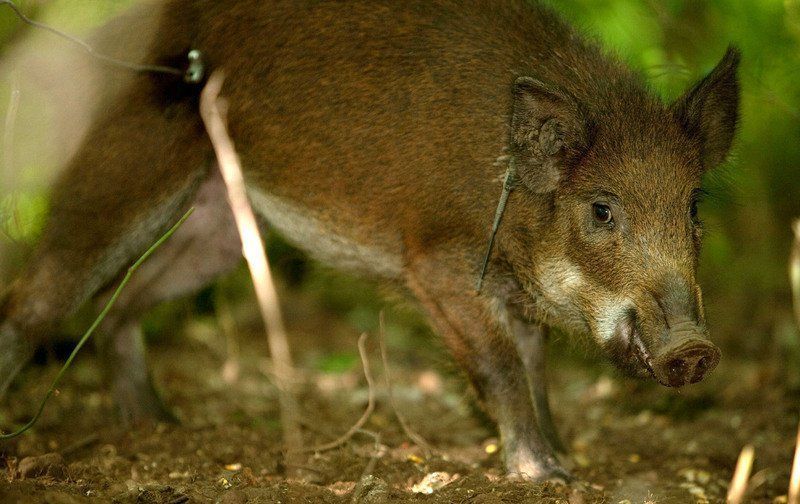 A female feral hog is caught on a snare in a wood near Taum Sauk Mountain in Ironton County, Missouri. Courtesy | MDC, Noppadol Paothong

A female feral hog is caught on a snare in a wood near Taum Sauk Mountain in Ironton County, Missouri. Courtesy | MDC, Noppadol Paothong

ANDERSON, Mo. — James Dixon, a wildlife damage biologist with the Missouri Department of Conservation, is a veteran of Missouri's hog wars, which have recently gone hi-tech.

"I have been with the department for 18 years. We have had feral hogs in the state that entire time," he said. "It is a battle we are fighting."

But the battle has recently changed. At one time, the department encouraged people to shoot the hogs — which not only threaten native wildlife and agriculture but carry disease — on sight.

"Now, we want you to let us (the department) know and we'll take care of them,'' he said.

Dixon says shooting the hogs actually isn't an an efficient way to eliminate them.

"They'll get maybe one or two of them out of a group of 20 hogs,'' he said. "We can catch an entire sounder, or herd, at once now. At a capture event in February in Taney County, we caught 27 hogs at one time. You can't accomplish that by hunting them. We show landowners why our new technology is better than letting local guys come in and shoot a few of them."

Dixon said the department puts out a bait, like corn, to attract them to a particular spot.

"Eventually, they start feeding there every day,'' he said. "We can monitor the trap, which is a corral, with a remote camera. We can close a trap door electronically with a phone while we are monitoring the herd with the camera. We can catch them all.''

Another trap involves a 60-by-60-foot cargo net that falls and captures the hogs.

"The hard part is finding the hogs. They are very, very shy and reclusive. They're intelligent, too.''

Dixon said that promoting the shooting of hogs as a sport was sending a mixed message.

"If you make it into a recreational activity, that builds interest in hunting hogs. When that happens, the population tends to take off,'' Dixon said. "We've got people transporting hogs into Missouri for the purpose of hunting them. That is illegal to do, but some folks still do it."

Dixon said that recreational hunters are turning hogs out to hunt in places like the Mark Twain National Forest. "They see it as a great recreational activity that they can gin up as a sport.''

Dixon said the department no longer tells hunters where feral hogs can be found in a county because it can interfere with the state's new hi-tech trapping.

"You can't educate the pigs about what you are doing because they are more wary than we think they are,'' he said.