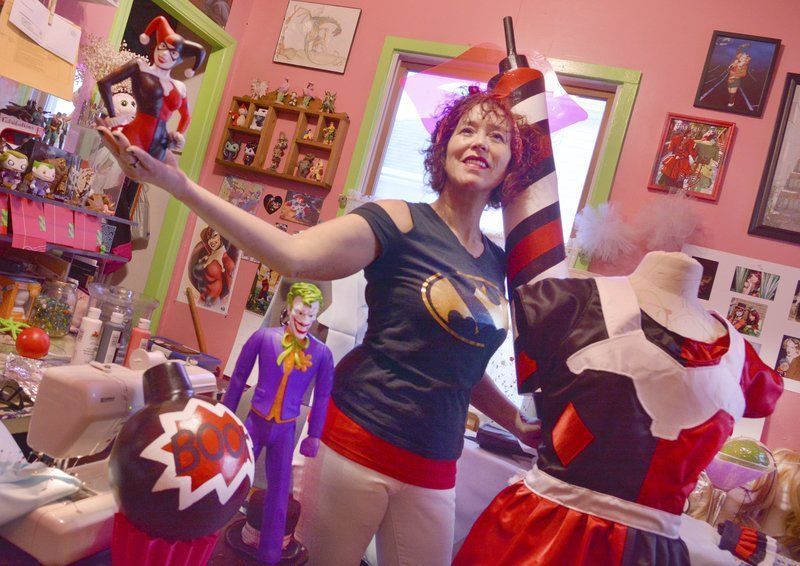 Lisa Anderson-Kleckner stands in the work room of her Market Street home in Logansport, where she creates costumes based on characters from DC Comics as well as popular video games. At right is a Harley Quinn-inspired costume. 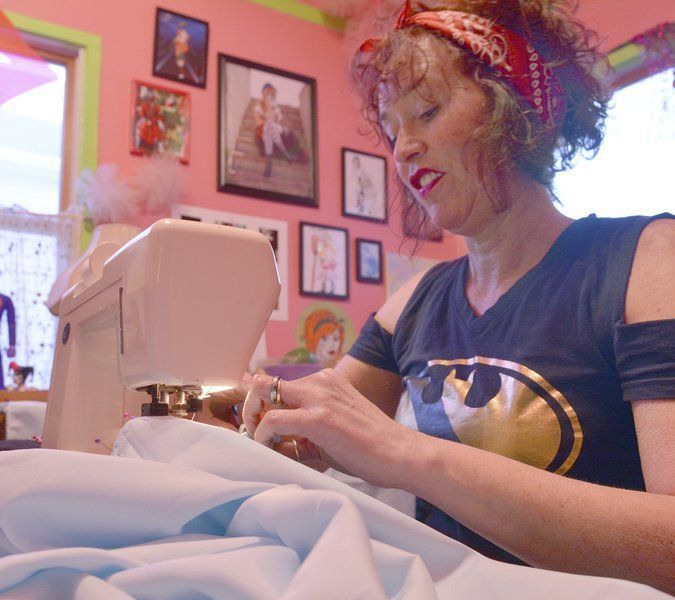 Lisa Anderson-Kleckner works on a steampunk Alice in Wonderland-themed dress. Steampunk is a style inspired by 19th-century fashion and industry. 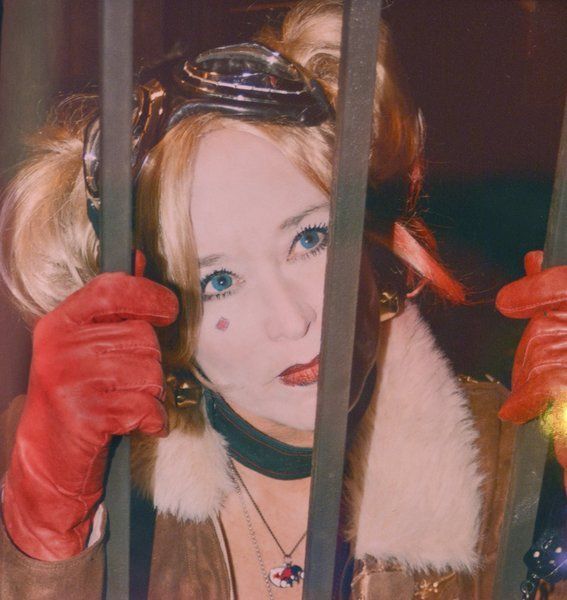 Lisa Anderson-Kleckner stands in the work room of her Market Street home in Logansport, where she creates costumes based on characters from DC Comics as well as popular video games. At right is a Harley Quinn-inspired costume.

Lisa Anderson-Kleckner works on a steampunk Alice in Wonderland-themed dress. Steampunk is a style inspired by 19th-century fashion and industry.

As events celebrating geek culture — San Diego Comic-Con foremost among them — have moved into the mainstream, so have the trappings that go along with them.

Cosplay — meshing costumes and role playing — is one example. Dozens of movies, including the Harry Potter series and an array of superhero send-ups, have served as muses for those who practice the unique hobby, which began to take off in the early 90s.

And like the conventions with which it’s associated, cosplay is spreading to the Midwest, where an Indiana woman has turned the pastime into a passion.

Despite rarely picking up a needle and thread since high school, Lisa Anderson-Kleckner, a cosmetologist from Logansport, has sewn 19 costumes — inspired by both comics and video games — in less than a year. She’s made some for herself and dressed family and friends up as characters like the Joker, Poison Ivy and the Riddler of “Batman” fame.

“I never had a (Halloween) costume in my life,” Anderson-Kleckner told the Logansport Pharos-Tribune. “I never even had to make a buttonhole until this October.”

Anderson-Kleckner, 48, has used the character and costume of another Batman villain, Harley Quinn, as inspiration for several of her costumes because she likes Quinn’s signature red and black. She's been inspired by Maleficent, Alice in Wonderland, a video game and other comics, too. Some of the costumes have had a Victorian look, others a retro look — like the style of a 1950s maid's outfit.

When they're not being worn, the costumes stay on an overfull clothing rack set up near the stairs in the home she shares with her husband, Patrick Kleckner.

"A lot of her free time's in here," Patrick said, motioning toward a small pink-and-green workroom filled almost to capacity with sewing equipment and Batman memorabilia. "She's into it more than I am, but I enjoy it.

"We've always liked Halloween, so this is like extra Halloween for us," he added.

Anderson-Kleckner won a costume contest at the recent Anime Crossroads convention in Indianapolis with a "bombshell" variant of the Harley Quinn outfit, beating out more than 50 other entrants, according to a spokesman for Anime Crossroads.

Another cosplay signature is the use of props with the costumes. Anderson-Kleckner has no shortage of those items, either. She’s added eight wigs to her wardrobe, and to accessorize her Harley Quinn outfit, she created a replica of the character’s iconic torpedo from household items.

She's planning to sew seven outfits for various participants in a group she's gathered from Logansport and across the state for this year's Gen Con Indy at the end of July.

"I've got a lot cut out for me for that one," Anderson-Kleckner said with a laugh.

The Logansport (Ind.) Pharos-Tribune contributed to this story.