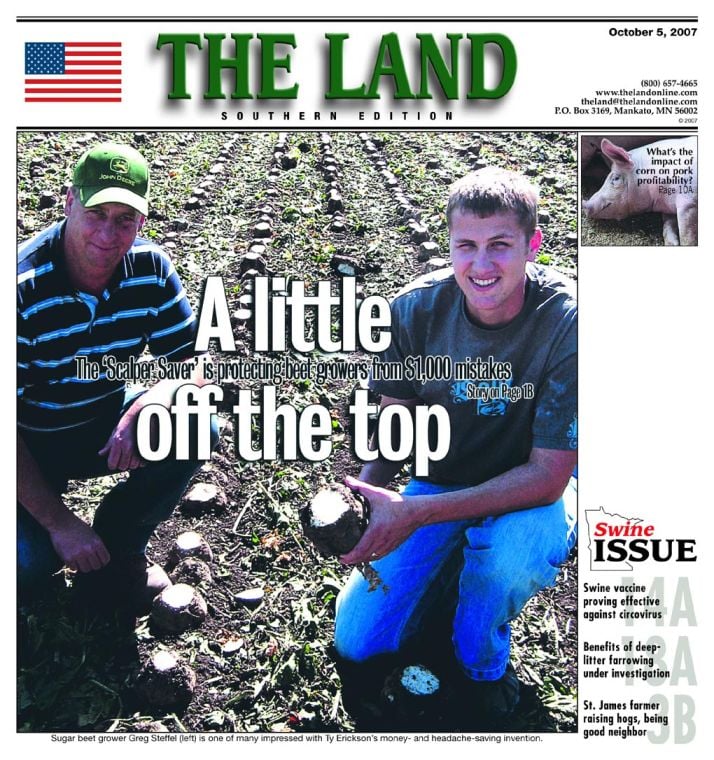 A little off the top — The 'Scalper Saver' is protecting beet growers from $1,000 mistakes 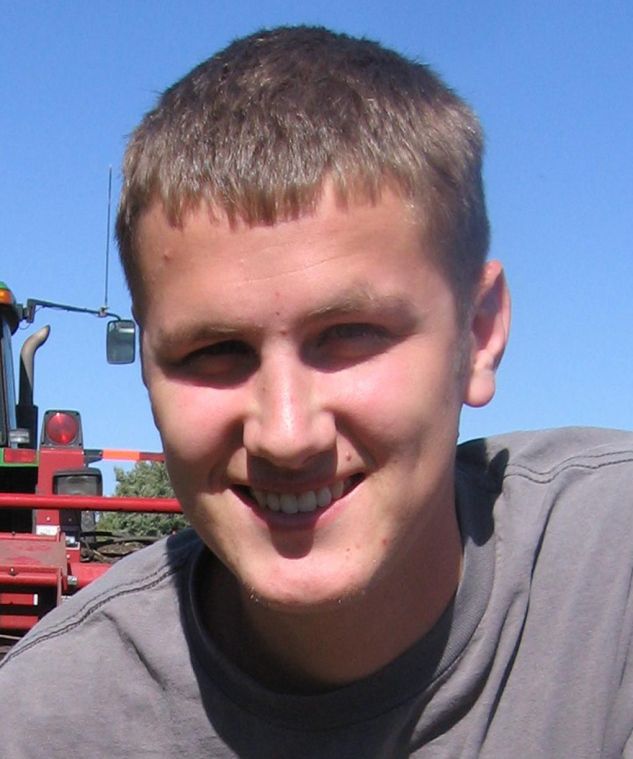 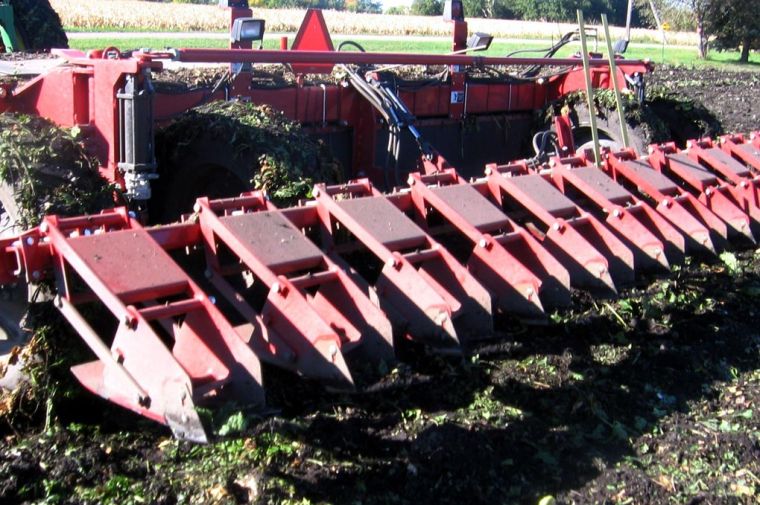 Ty Erickson doesn't raise sugar beets, but he knows plenty of people who have lost time and money due to breakdowns from "trashed" defoliators. Erickson used his technical knowledge to create the Scalper Saver to save beet growers precious harvest time.

A little off the top — The 'Scalper Saver' is protecting beet growers from $1,000 mistakes

Ty Erickson doesn't raise sugar beets, but he knows plenty of people who have lost time and money due to breakdowns from "trashed" defoliators. Erickson used his technical knowledge to create the Scalper Saver to save beet growers precious harvest time.

An electronic package called the “Scalper Saver” that is wired into the electrical console of tractors pulling beet defoliators is getting a solid endorsement from several beet growers of the Southern Minnesota Beet Sugar Cooperative at Renville. It’s called the Scalper Saver because when the tractor pulling the defoliator stops and backs up for whatever reason, the electronics of the Scalper Saver automatically “kicks in” the hydraulic system, quickly raising the scalpers prior to backing up the defoliator. The defoliator consists of two or three rotating drums, often with both rubber and steel blades attached. Their job is to whip off all the leaves of the beet crop just prior to harvest. Attached behind the defoliator is the scalper unit, much like horizontal pruning shears the full width of the defoliator. Just as the name suggests, the scalper slices off the top of the beet, a piece of the plant with poor sugar quality and other impurities that add to the cost of processing the beet crop. “I think it’s a tremendous value. The costly down-time of repairing bent and twisted scalpers when you back up and forget to raise the scalper unit is no longer even an issue. This little electronic gadget is simply great,” said Greg Steffel, 1,500-acre Renville County beet grower who had the Scalper Saver wired into his John Deere 8110 pulling a 16-row defoliator. He said backing up your defoliator and forgetting to raise the scalper units happens way too often for many beet growers. “Invariably it seems you’re in a hurry, partly because of freeze and other weather issues, (and) we defoliate just ahead of the lifters. Twisting up those scalpers can quickly be a few thousand dollar mistake,” Steffel said. He said the package is so clean and simple he wondered why anyone hadn’t come up the solution before now. “I’ve been asking John Deere for years to figure out something to avoid this very troubling, time-consuming breakdown. It’s such a handy device I think every beet grower could look at this.” The guy who came to the rescue isn’t a John Deere engineer. Nor is he on the research team of any beet manufacturing equipment company. In fact, he isn’t even a beet farmer. The genius, and he’s embarrassed with the mention of that word, is Ty Erickson, a 24-year-old radio-cell phone technician who works full time at Two-Way Communications in Olivia. He’s done a few “harvest tours” with beet farmer friends, including Steffel, who had been urging him to see if he couldn’t come up with a better system. “I’ve seen this disgusting predicament a few times,” Erickson said. “It happens when the guy running the defoliator gets off a row, then backs up to get on the right row. Bingo, suddenly he’s trashed the scalper units, bent the hydraulic rams, twisted the row units. It’s just one of those disgusting mistakes that you never want to happen.” He said there is a device available that uses hydraulics instead of electronics to raise the scalper units, “but it’s quite a bit more money. Greg told me he was going to buy one, for about $1,200. The next day I just decided I should figure out how to do it with electronics and for a lot less money.” Erickson said it probably took him four to five hours to come up with a wiring package for his first electronic installation. To date he estimates his “research and development” time is about 45 hours, and he now has installed 11 units for area beet farmers at a price of $650 installed. There is no average installation time because Erickson said every tractor is different. But if it’s a tractor where he’s already done at least one project, it’s 1 1/2 to 2 hours for hooking up the electrical harness plus installing an Operator Alert button on the “technology console” that simply reminds the operator that the Scalper Saver is on and functioning. Because of inherent differences in the electronic jacket of various tractors, Erickson’s electronic unit only can be wired into newer model John Deeres, such as the 8000 Series, some 7920s, 7910s and 7810s. For next year he’s already designing the electrical system to work on Case-IH and New Holland tractors. Another Bird Island-area beet grower, Rich Elbert, thinks the Scalper Saver is just what beet growers have been looking for. Last season he experienced the same costly time delay when a scalper unit on his defoliator suddenly “got trashed” when the defoliator was backed up but the scalpers weren’t raised. “This is such a low-cost item yet it prevents a system break down that could cost you thousands of dollars in lost time,” Elbert said. “It’s terrific to see a young entrepreneur in our community come up with an idea, then make it work.” Erickson can be contacted at Ty_Erickson@hotmail.com or (320) 522-2288.