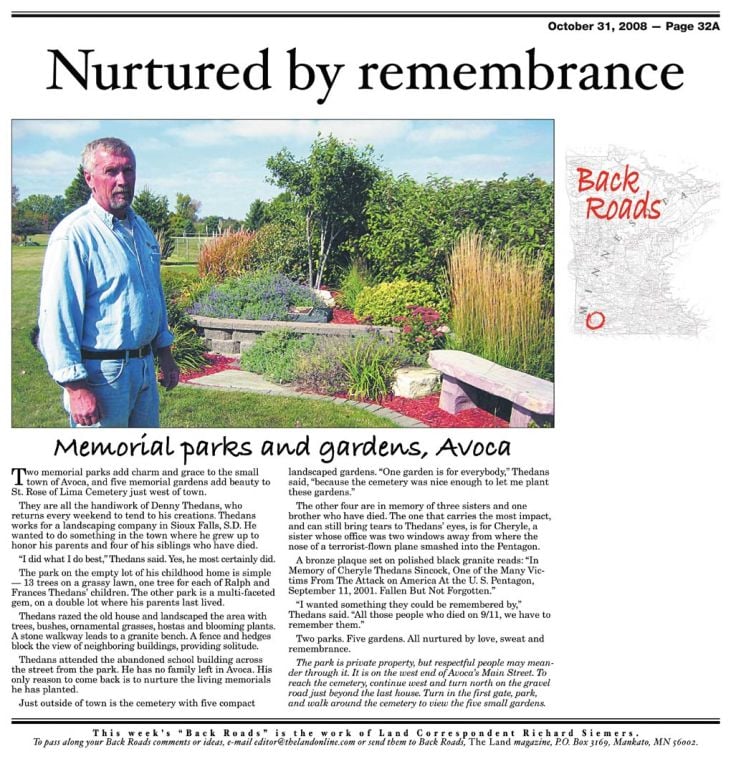 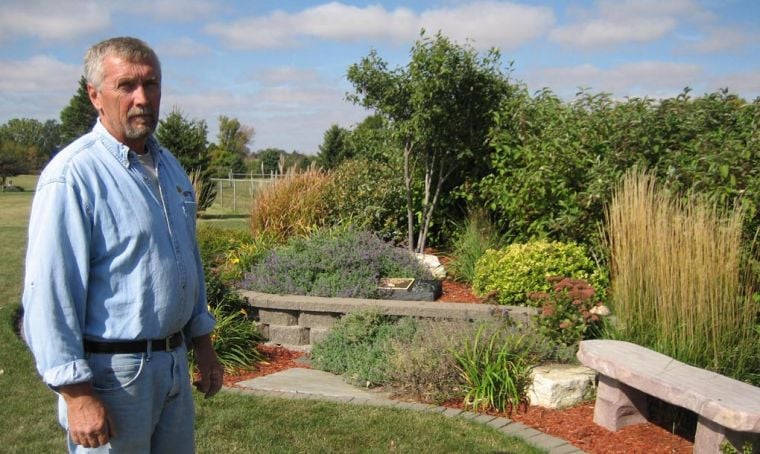 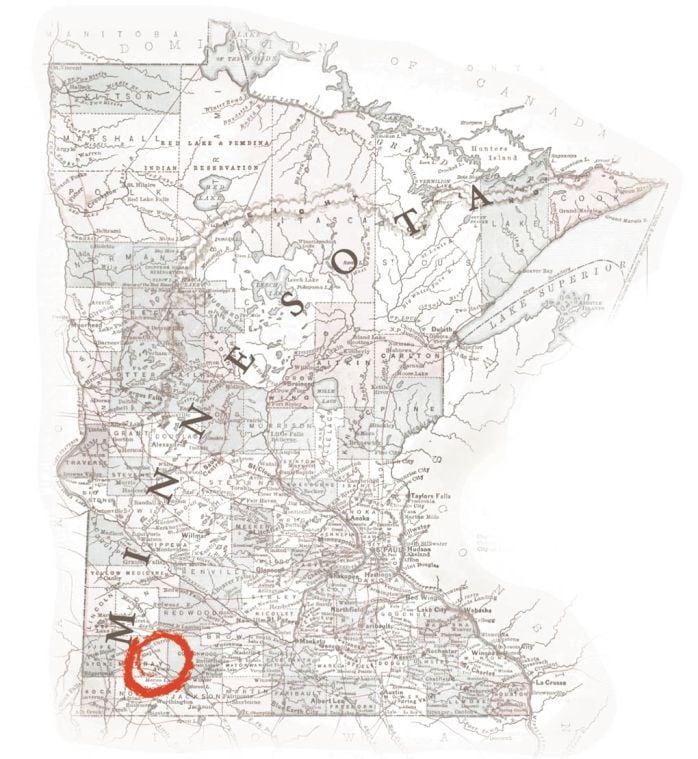 Two memorial parks add charm and grace to the small town of Avoca, and five memorial gardens add beauty to St. Rose of Lima Cemetery just west of town. They are all the handiwork of Denny Thedans, who returns every weekend to tend to his creations. Thedans works for a landscaping company in Sioux Falls, S.D. He wanted to do something in the town where he grew up to honor his parents and four of his siblings who have died. “I did what I do best,” Thedans said. Yes, he most certainly did. The park on the empty lot of his childhood home is simple — 13 trees on a grassy lawn, one tree for each of Ralph and Frances Thedans’ children. The other park is a multi-faceted gem, on a double lot where his parents last lived. Thedans razed the old house and landscaped the area with trees, bushes, ornamental grasses, hostas and blooming plants. A stone walkway leads to a granite bench. A fence and hedges block the view of neighboring buildings, providing solitude. Thedans attended the abandoned school building across the street from the park. He has no family left in Avoca. His only reason to come back is to nurture the living memorials he has planted. Just outside of town is the cemetery with five compact landscaped gardens. “One garden is for everybody,” Thedans said, “because the cemetery was nice enough to let me plant these gardens.” The other four are in memory of three sisters and one brother who have died. The one that carries the most impact, and can still bring tears to Thedans’ eyes, is for Cheryle, a sister whose office was two windows away from where the nose of a terrorist-flown plane smashed into the Pentagon. A bronze plaque set on polished black granite reads: “In Memory of Cheryle Thedans Sincock, One of the Many Victims From The Attack on America At the U. S. Pentagon, September 11, 2001. Fallen But Not Forgotten.” “I wanted something they could be remembered by,” Thedans said. “All those people who died on 9/11, we have to remember them.” Two parks. Five gardens. All nurtured by love, sweat and remembrance. The park is private property, but respectful people may meander through it. It is on the west end of Avoca’s Main Street. To reach the cemetery, continue west and turn north on the gravel road just beyond the last house. Turn in the first gate, park, and walk around the cemetery to view the five small gardens.